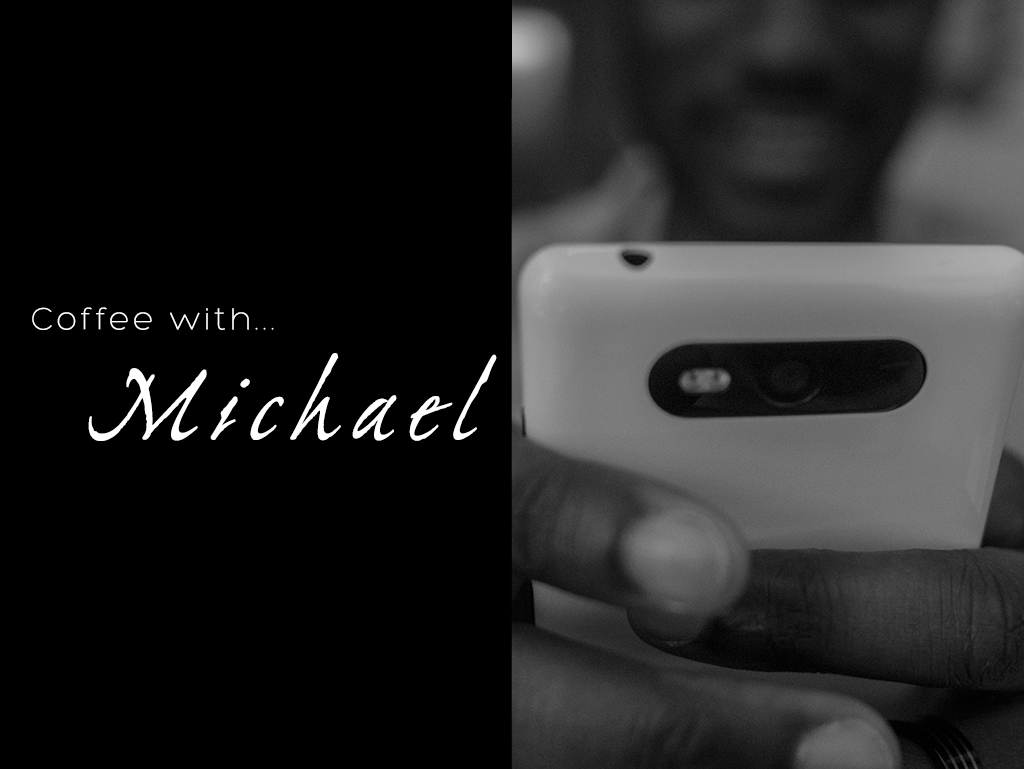 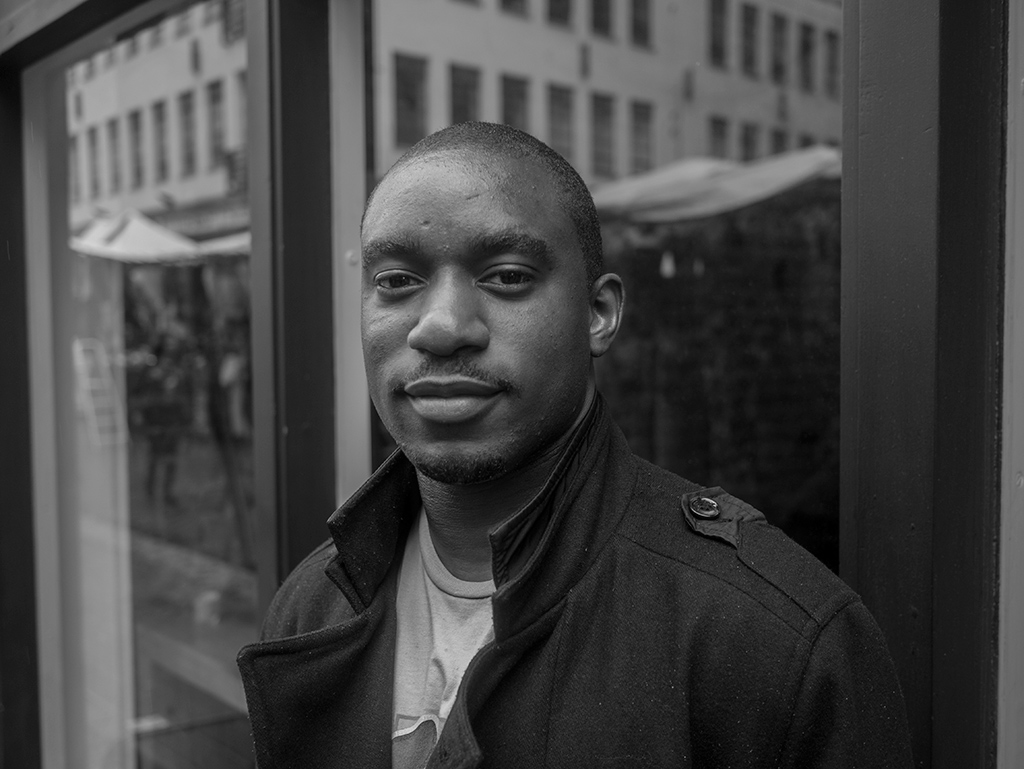 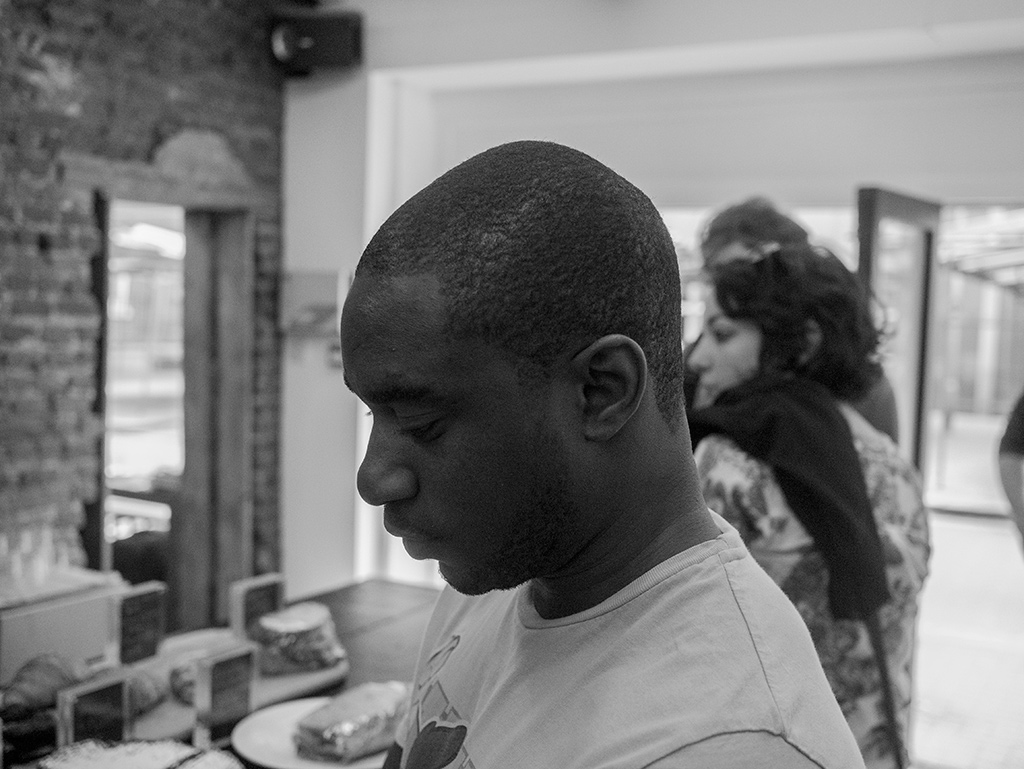 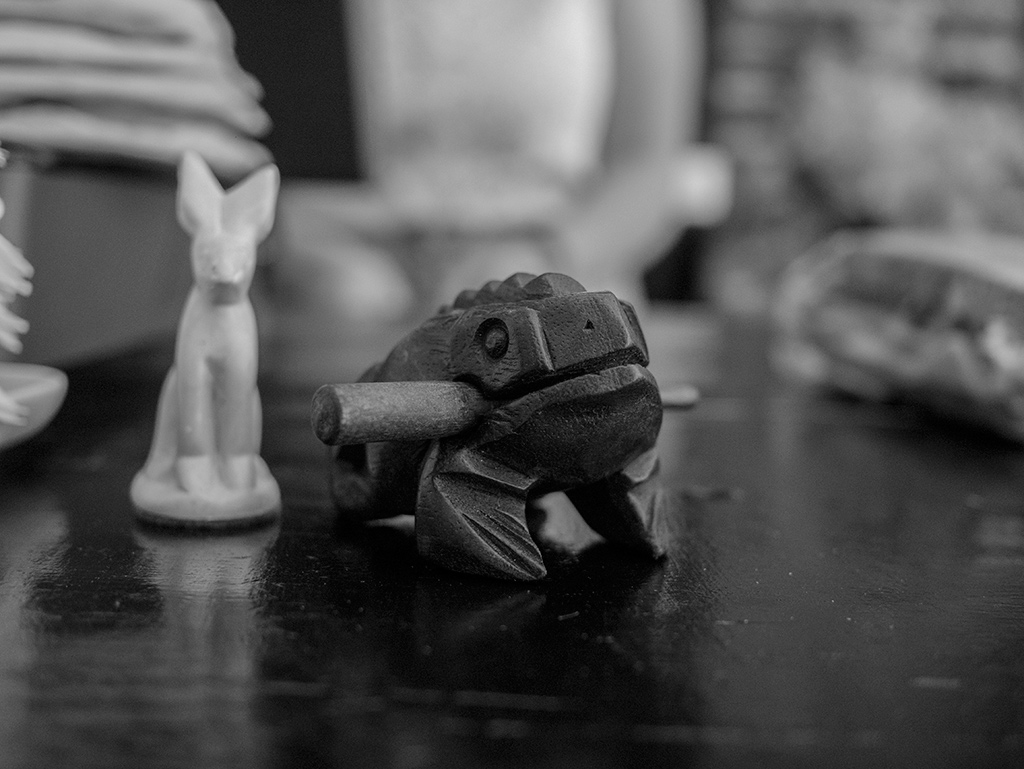 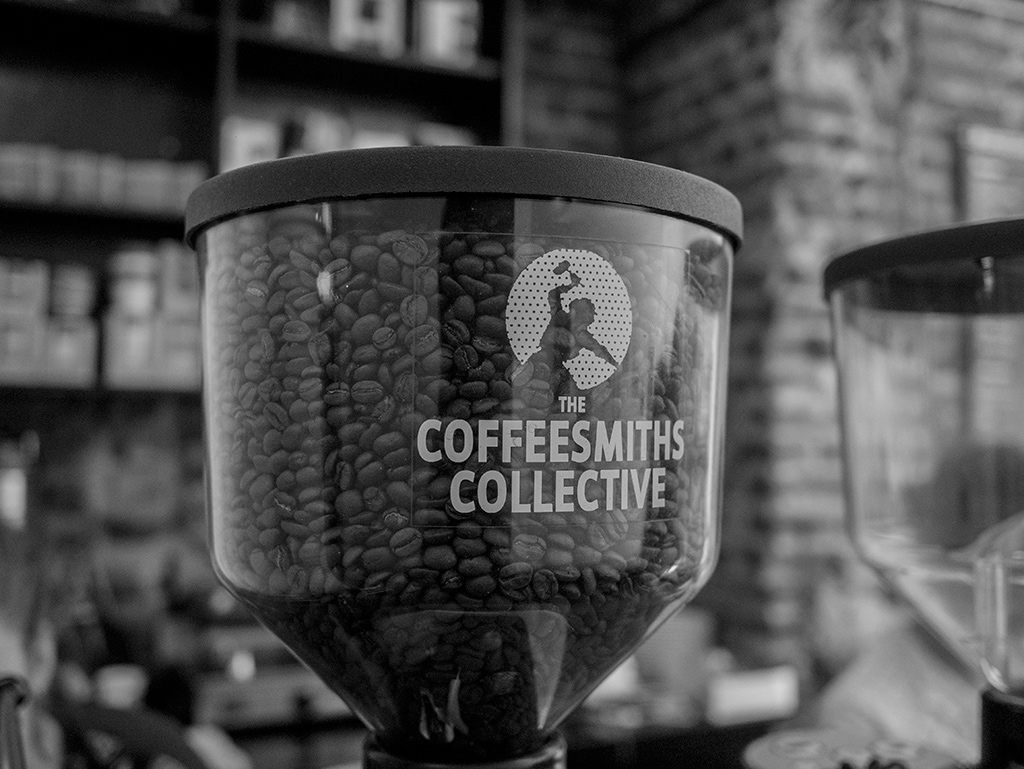 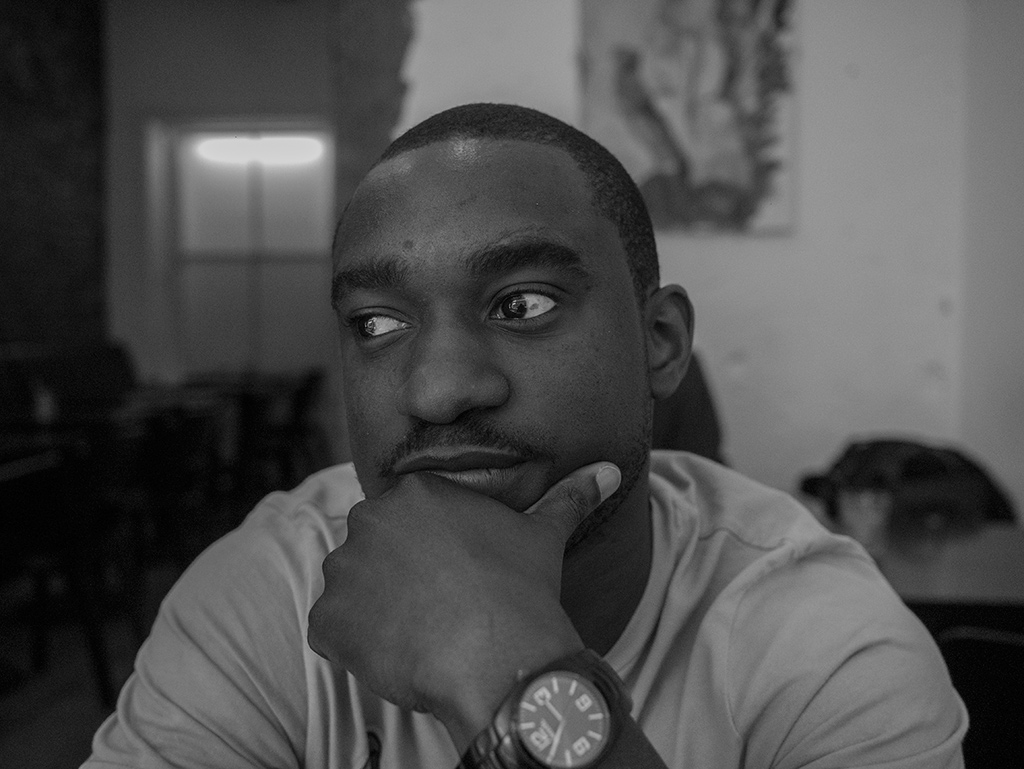 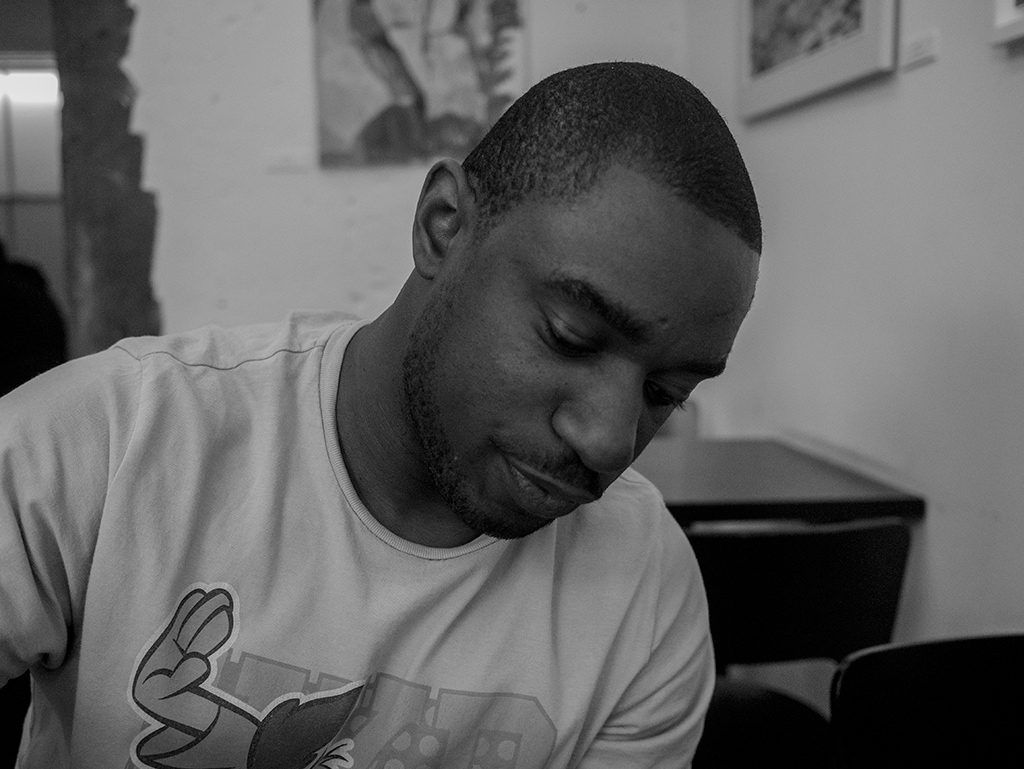 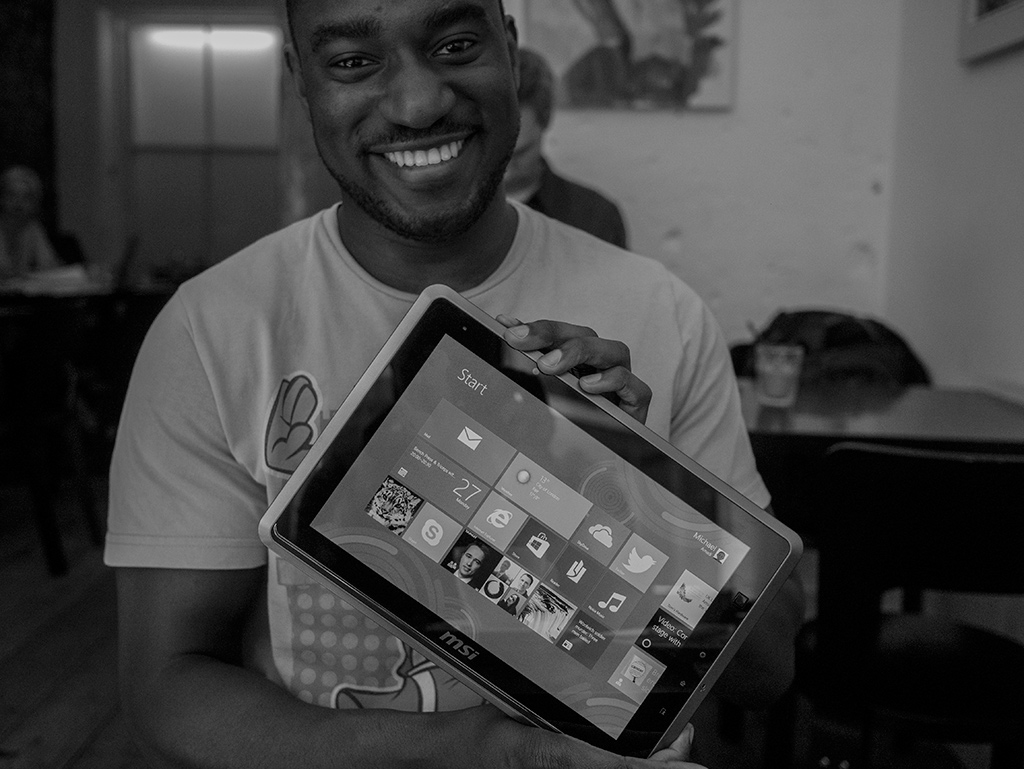 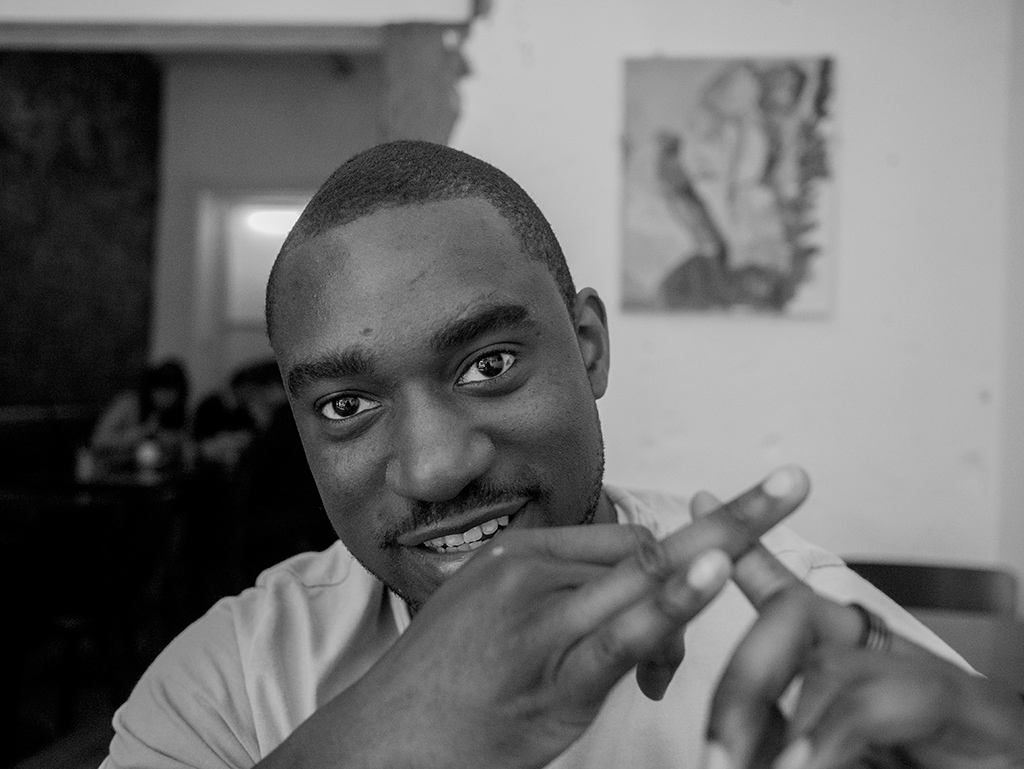 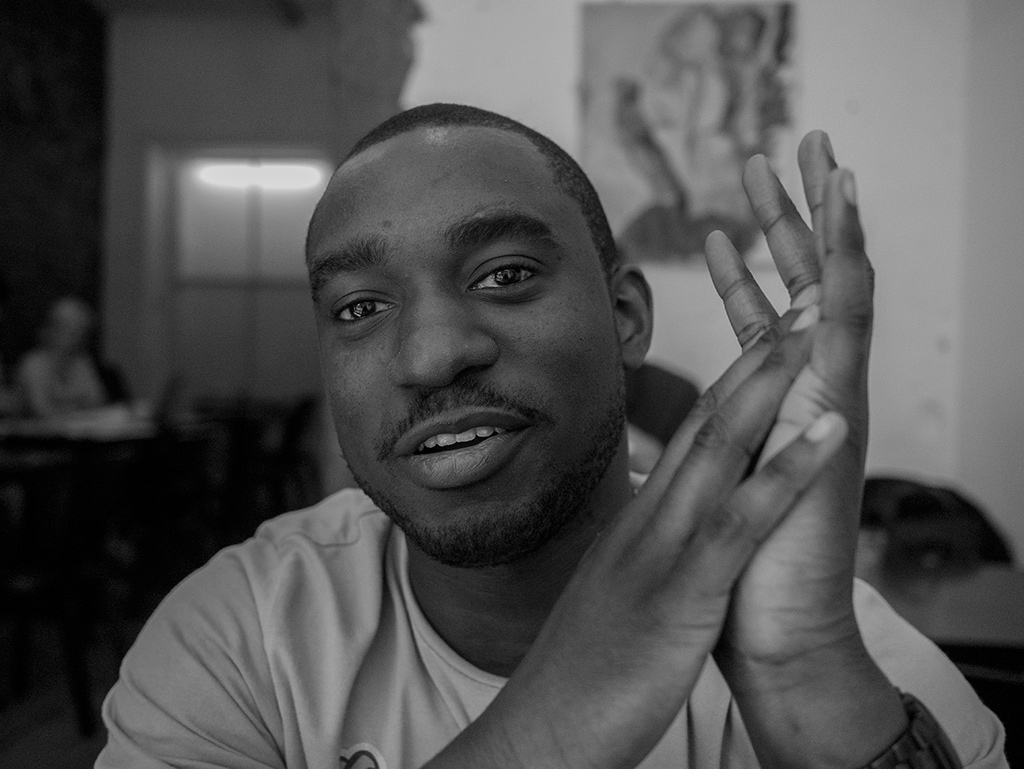 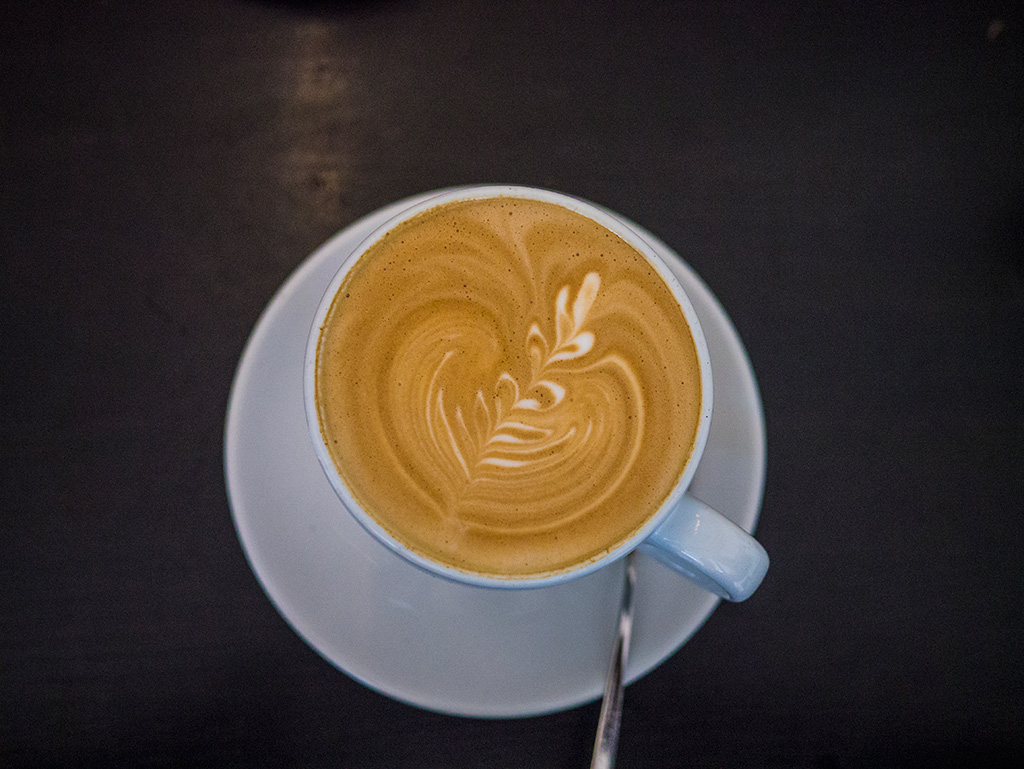 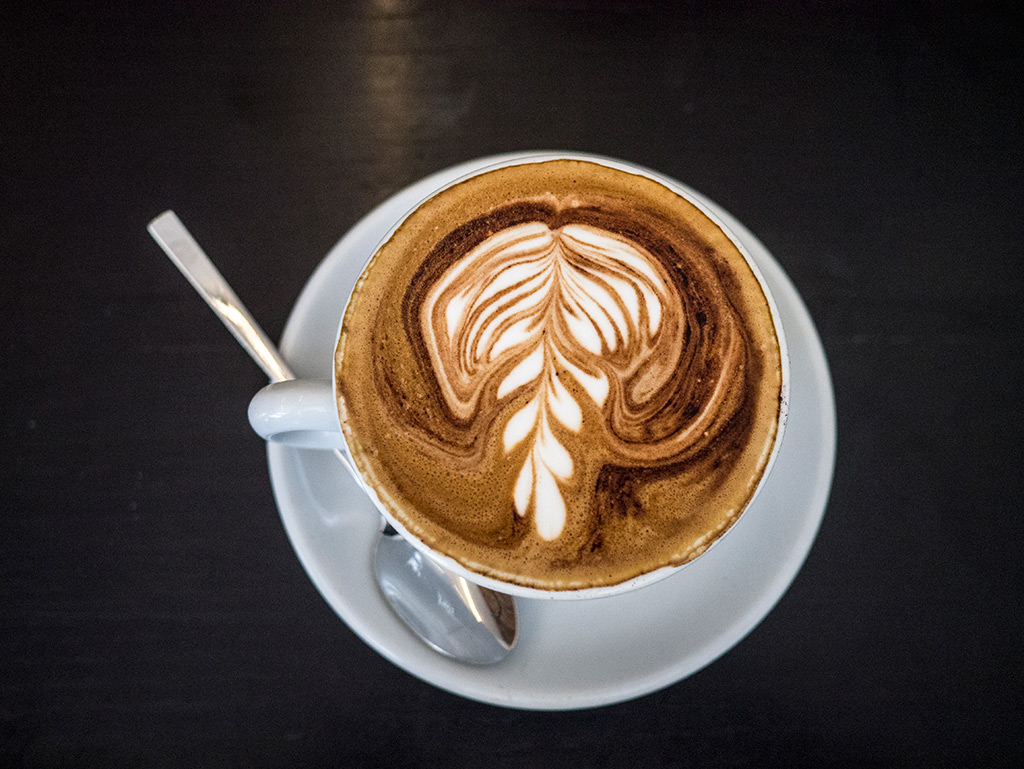 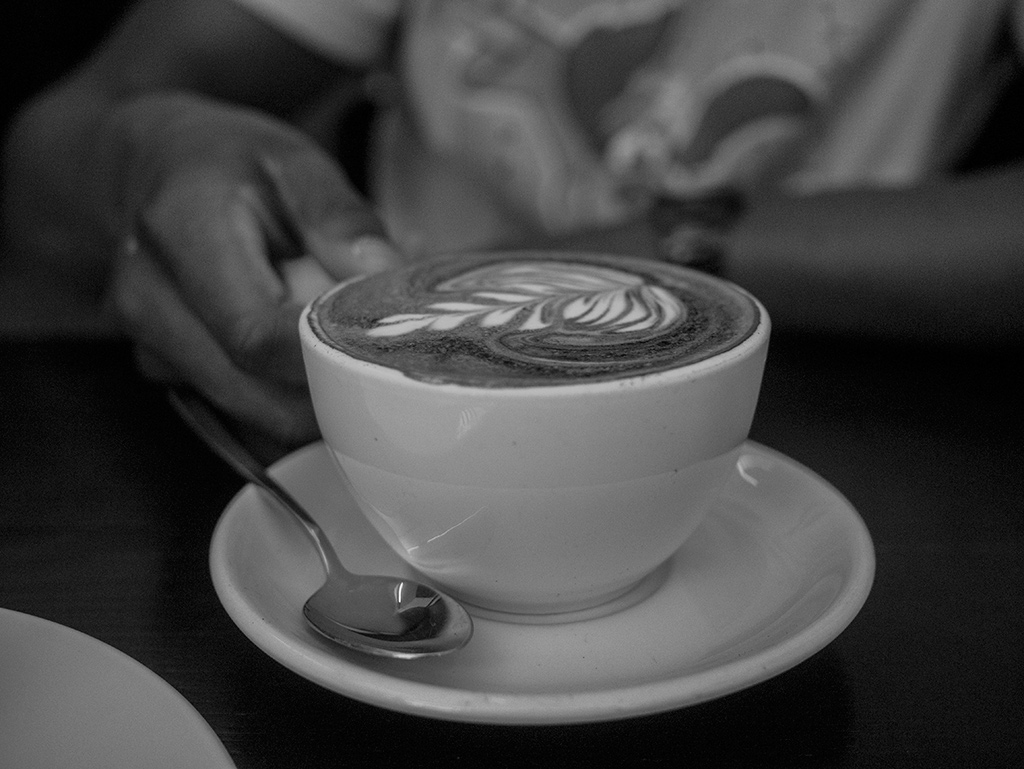 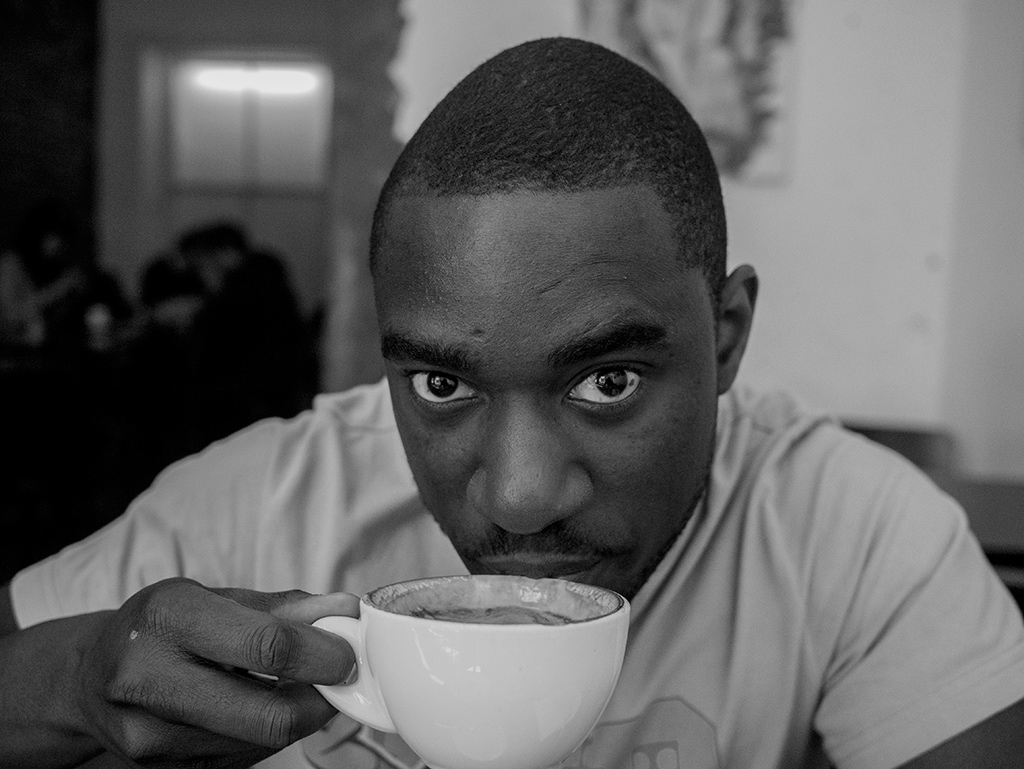 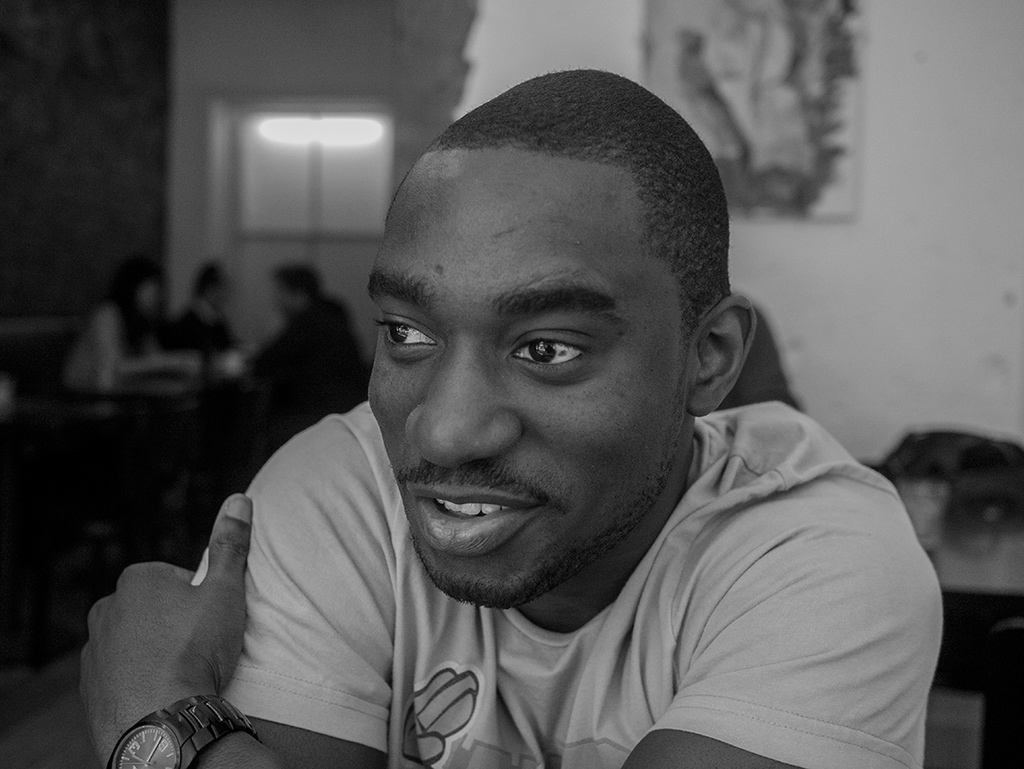 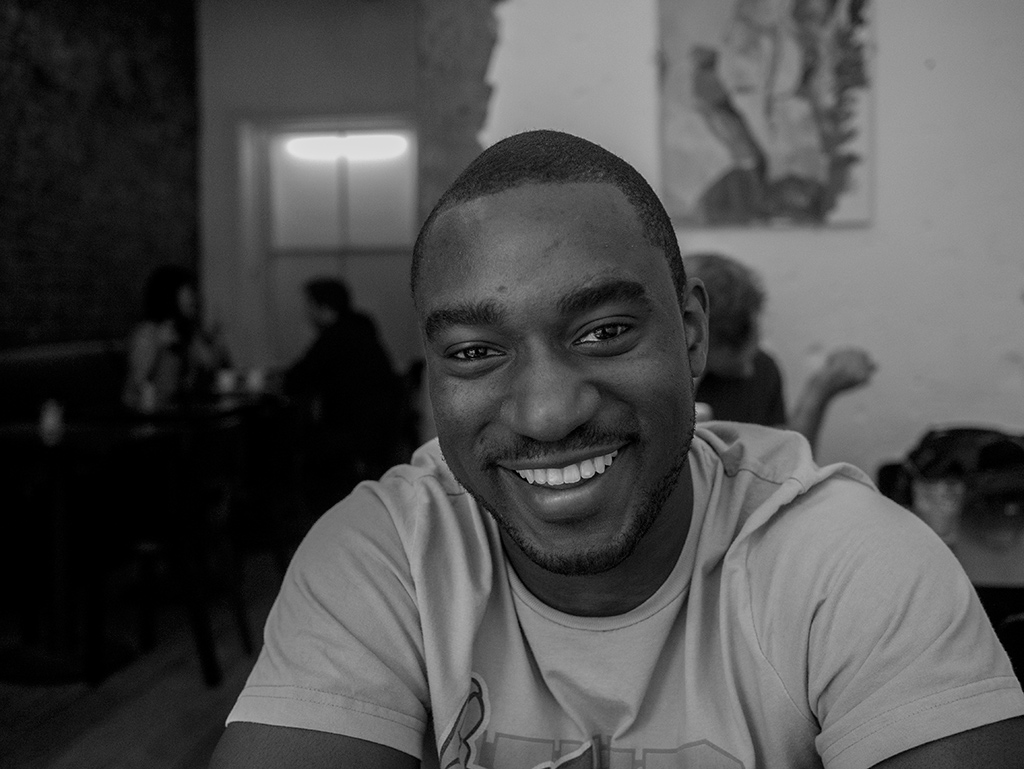 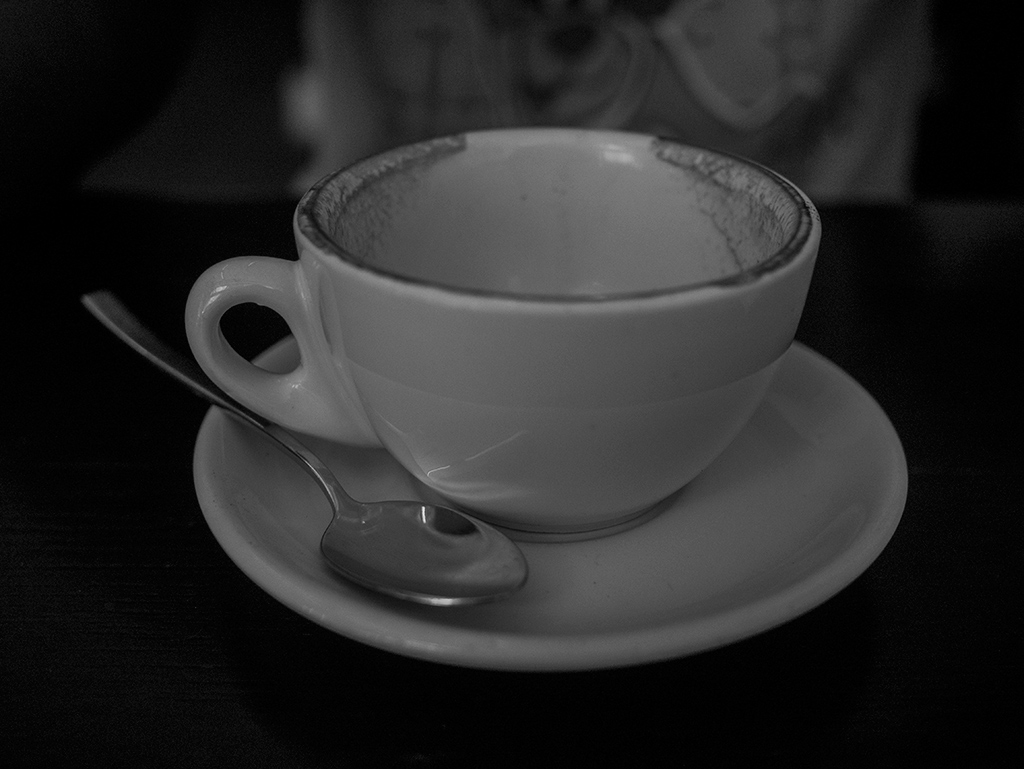 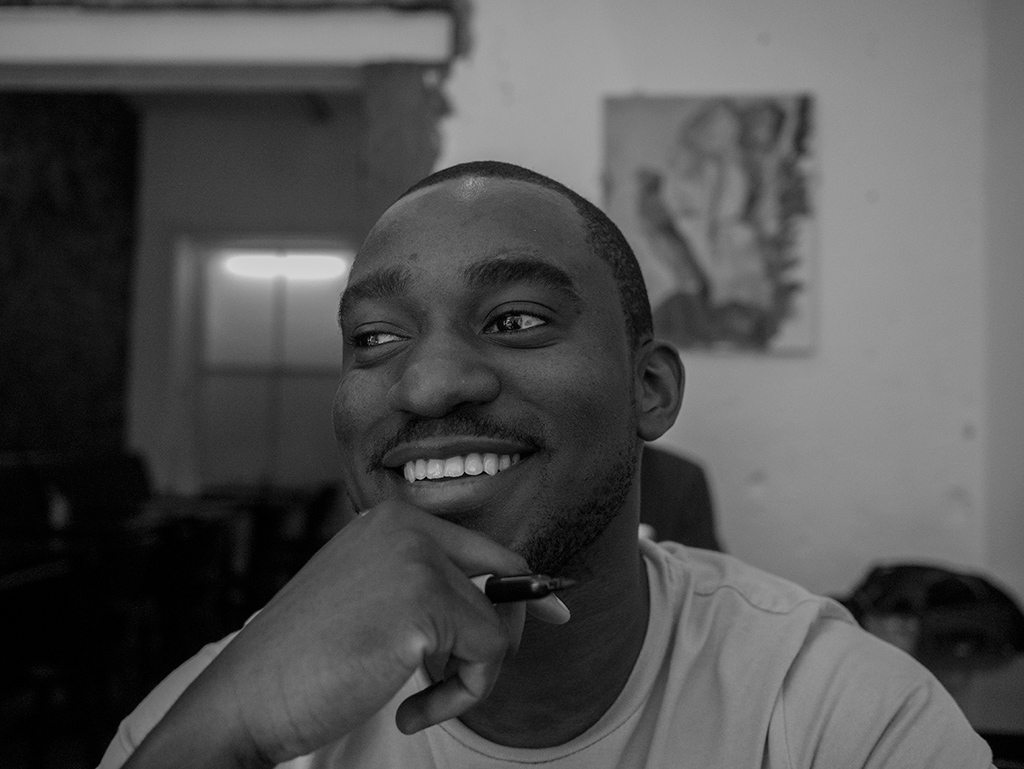 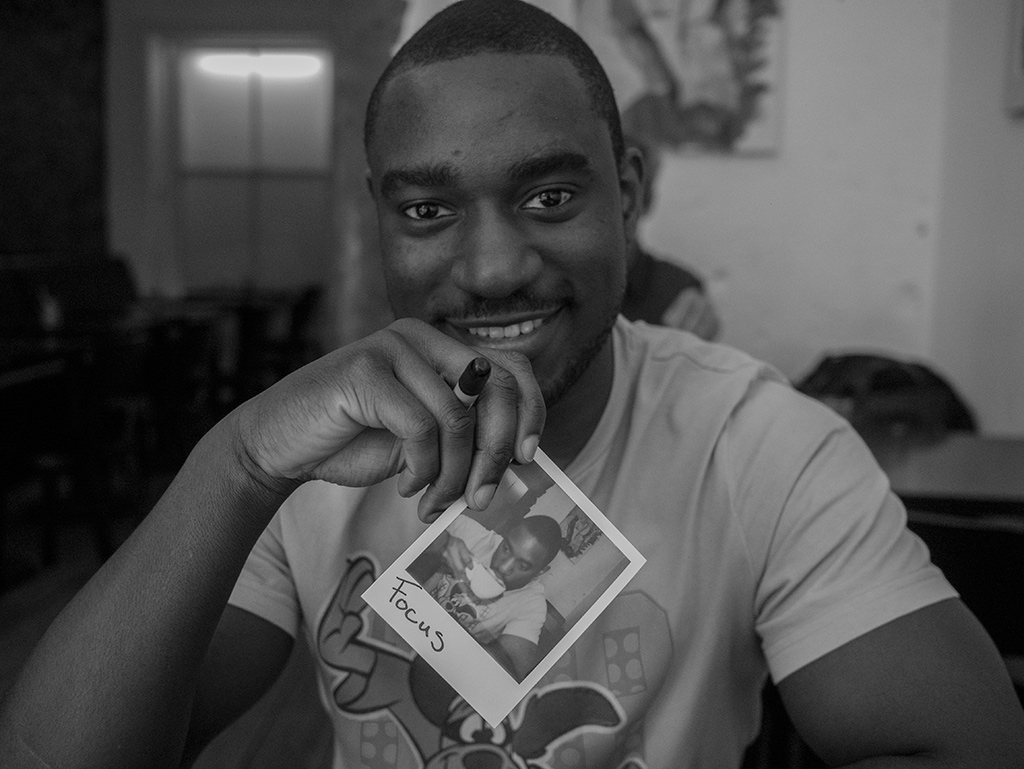 We’re back in London for another ‘Coffee With…‘ shoot. Today’s shoot is with my friend Michael who happens to be one of the main inspirations for this series. So who is Michael? First off, he is one of my oldest friends and one of the most intelligent people I know. We have known each other since college and we ended up going to the same university. In that time, we bonded over a mutual love for all things geeky, from phones and computers, to anime and coding. Now that we’ve got the introductions out of the way, let’s get back to the shoot.

I headed to central London to meet him at our chosen destination – The Department of Coffee and Social Affairs. As I headed to the coffee shop I conveniently bumped into Michael. We exchanged pleasantries and he complimented me on my beard growth (true story, not like on the plane). We arrived at the coffee shop, grabbed a table and placed our orders: a latte for me and a cappuccino for Michael.

Our conversation began with technology, as always. We spoke about the advancements in mobile technology, which led us to discuss Michael’s feeling that Apple products are far superior to Microsoft products. Ok, not really – he is inclined the other way. He brought out his Windows phone and tablet to make his points, but all I heard was “blah, blah, blah”. It’s just not better than Apple. OK, they do have some cool features, but they’re just not for me. I am a fan of simplicity, and Apple hit the nail on the head with their products, every time.

We continued our discussion, but neither of us will ever change our view (I am right, he is wrong, but he will never admit it. I kid, of course). This is usually the way our conversations go – we are always at either end of the spectrum on these trigger topics. Plus, I like going against the grain for the fun of it.

Our orders arrived while we were discussing our college days and all the randomness we got up to, from playing Black Jack during lunch breaks to daily Rayman ‘capture the flag’ competitions on the N-Gage. We both laughed as he reminded me how he marketed the N-Gage to everyone but he never actually got one.

We spoke a bit more about the good times at college; I mentioned how I miss the old days because we had more time to meet up and hang out, whereas now, we are all busy with work and relationships – making plans has become a lot harder. I pointed out that this was one of the main reasons behind the ‘Coffee With…‘ series – it’s been a great way to reconnect with people.

As I mentioned earlier, Michael is one of the main inspirations for this series. He’s one of my oldest friends, but due to our hectic schedules, relocations and other commitments, we don’t get a chance to meet very often. It’s put some distance in our friendship as we tend to miss important events in each other’s lives. It’s a shame because after losing a mutual friend, I said I would make more of an effort to stay in touch with important people like him. We know life isn’t promised, but sometimes life happens, and you just get lost in the day to day (…sigh).

We went back to talking about technology. Michael tried to make one more attempt to sell Windows 8 to me as we finished our drinks, but after he conned me with the N-Gage, it was a ‘no dice’ situation. We wrapped up the shoot and headed into town.