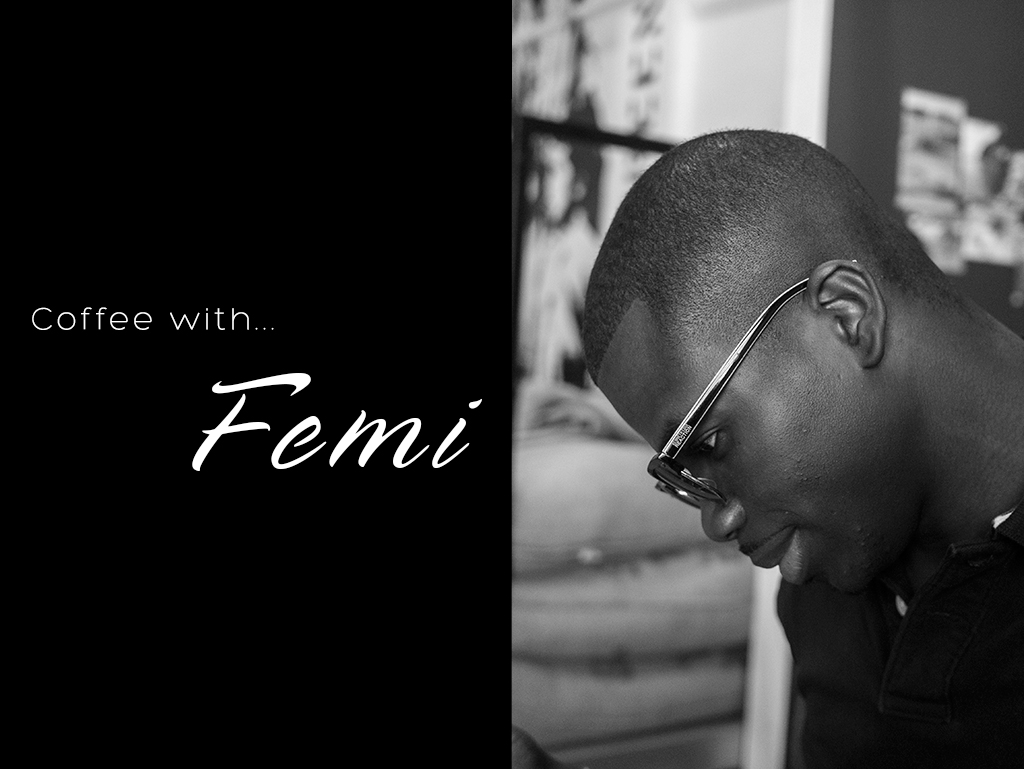 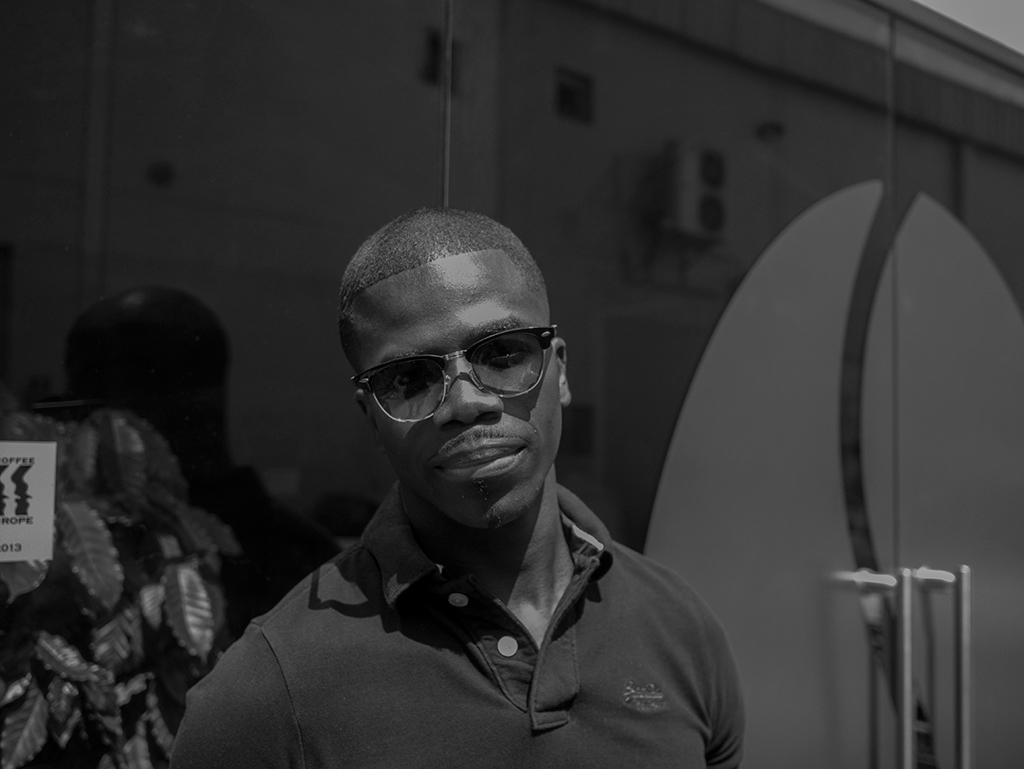 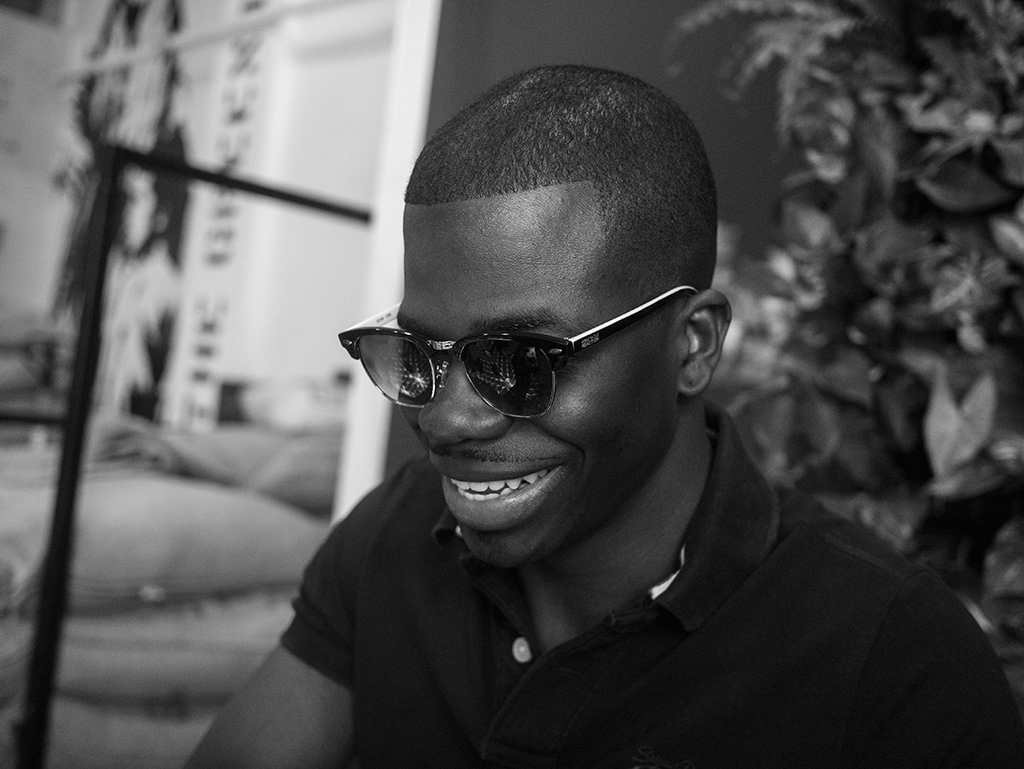 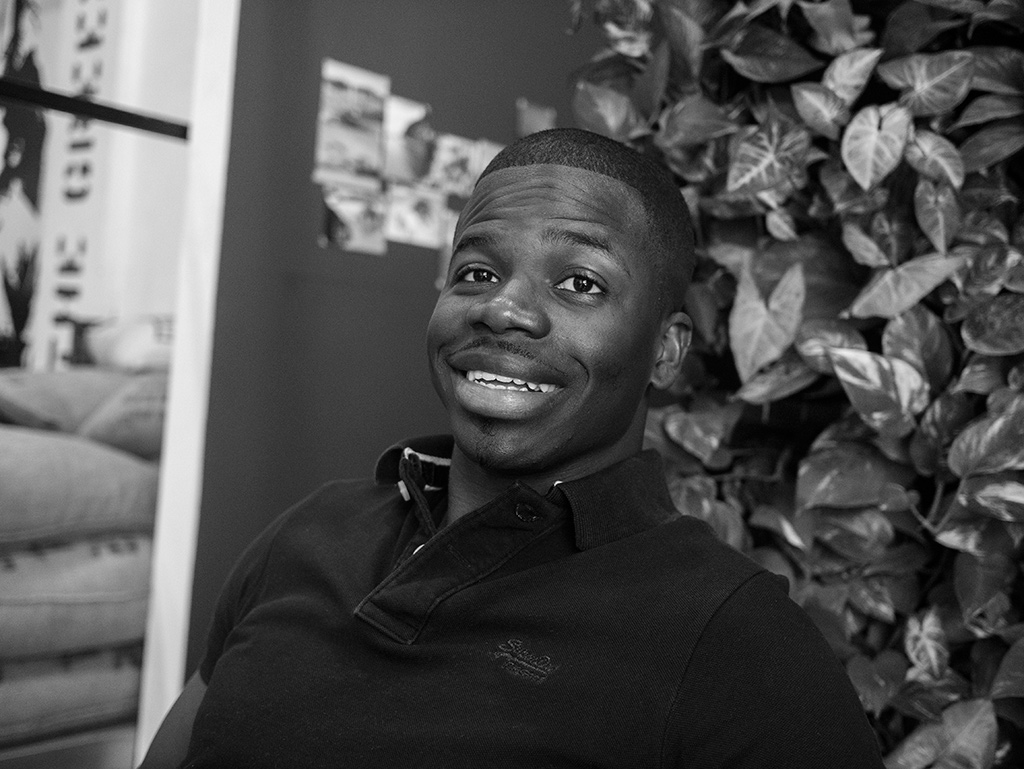 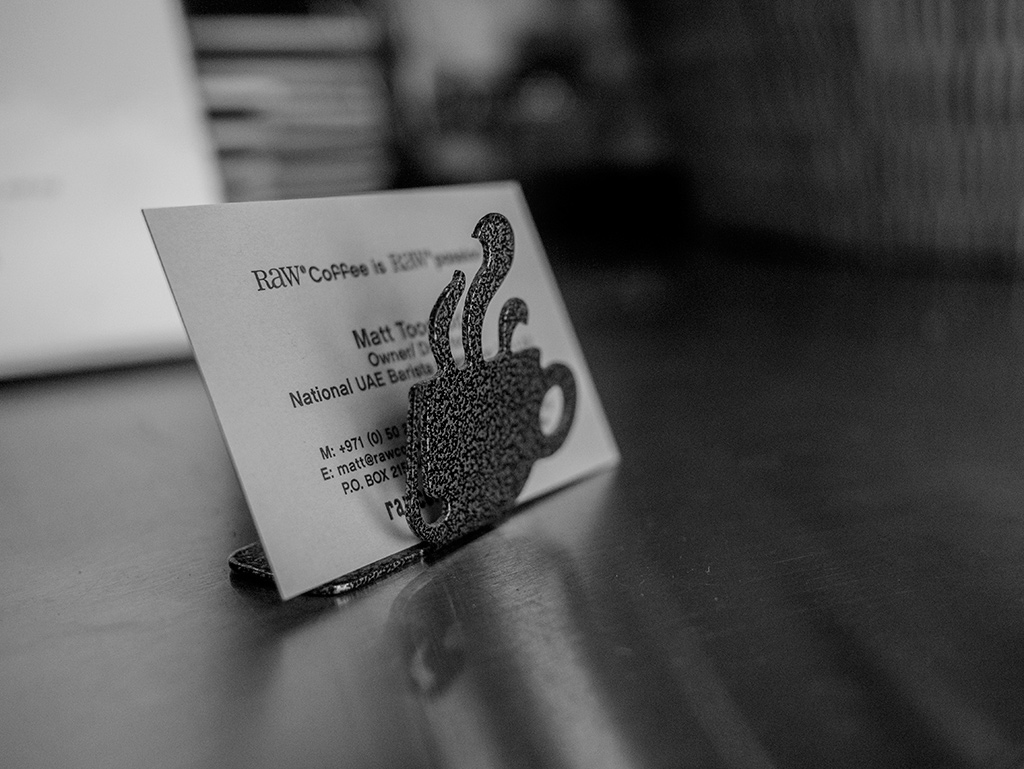 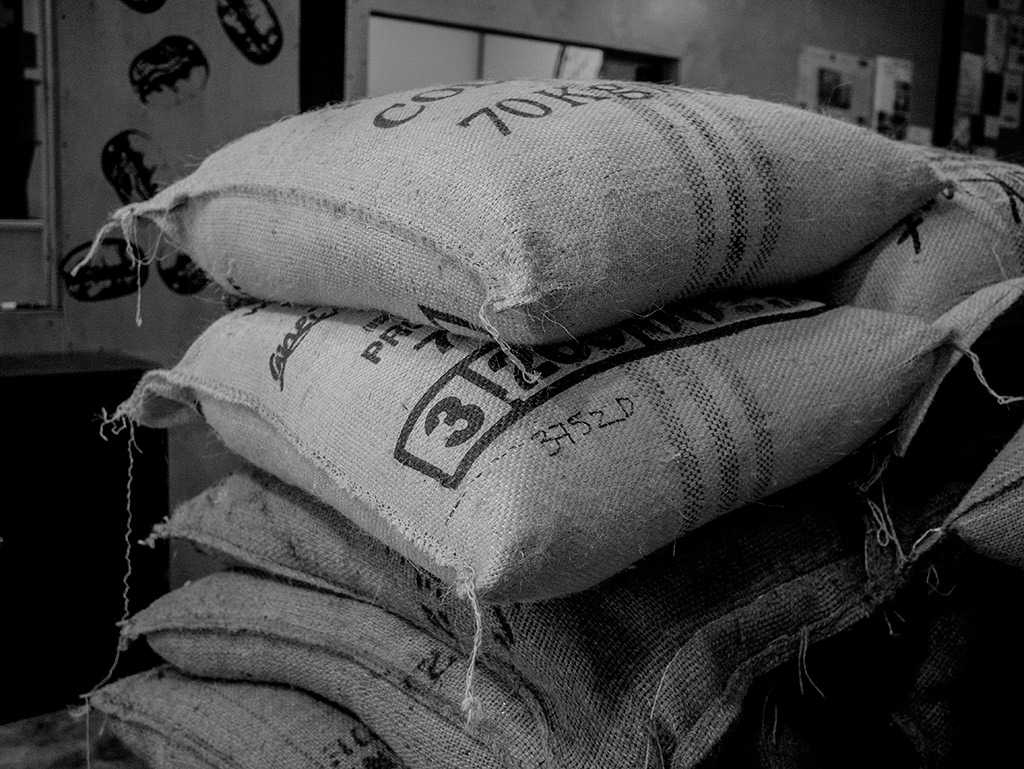 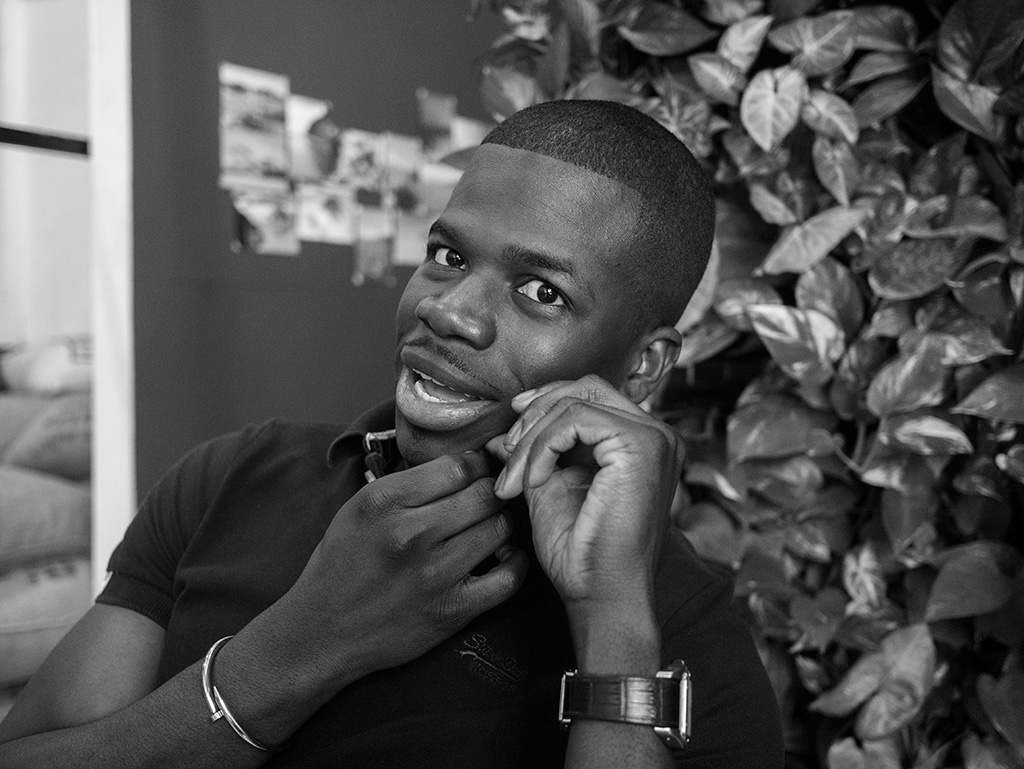 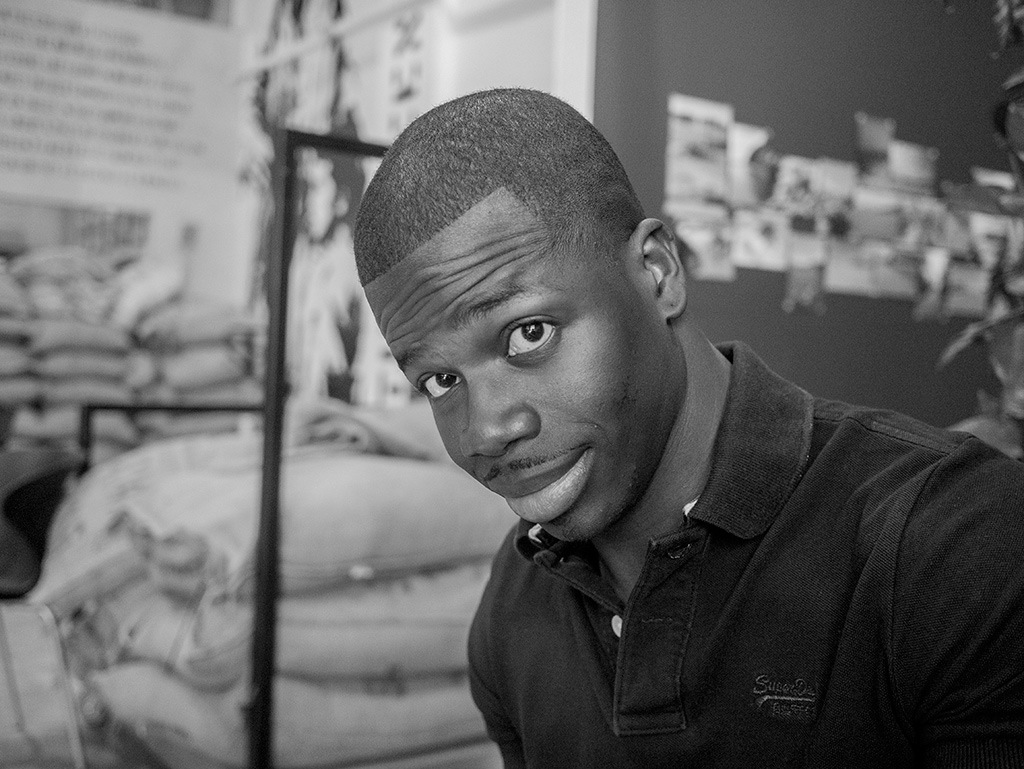 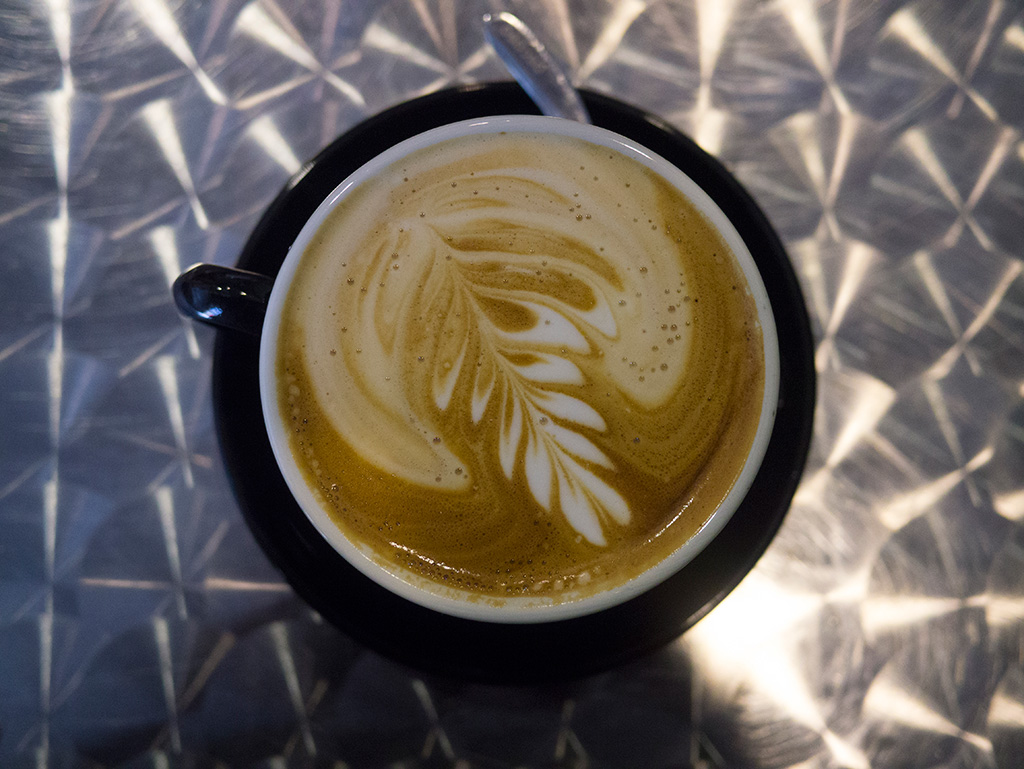 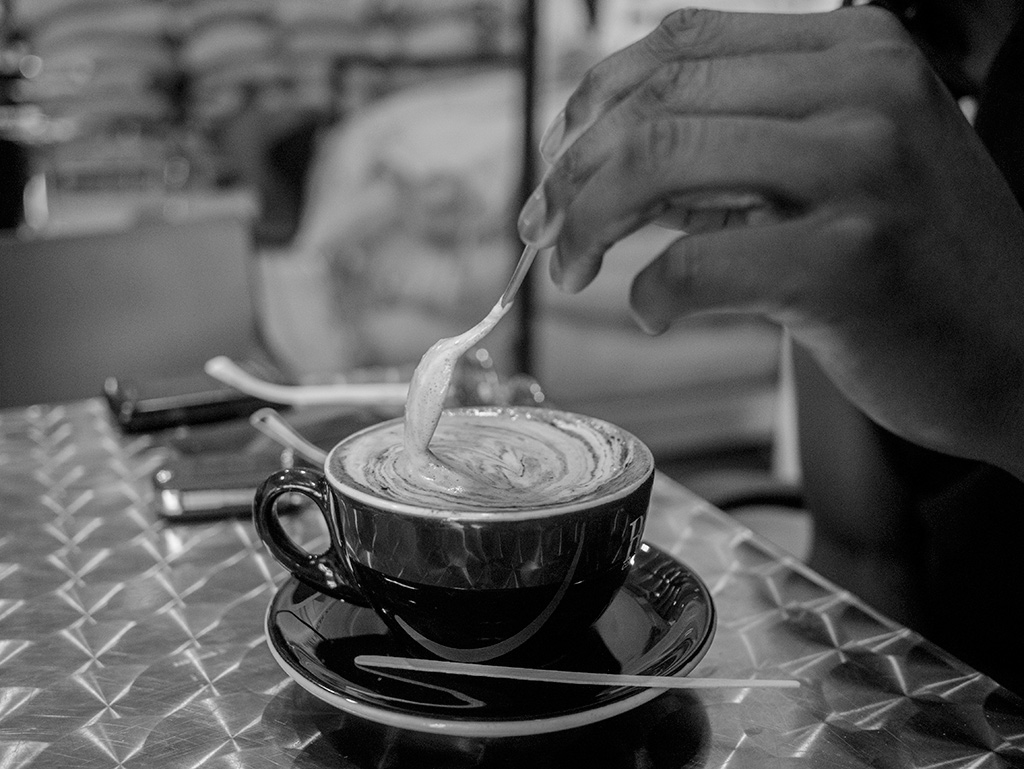 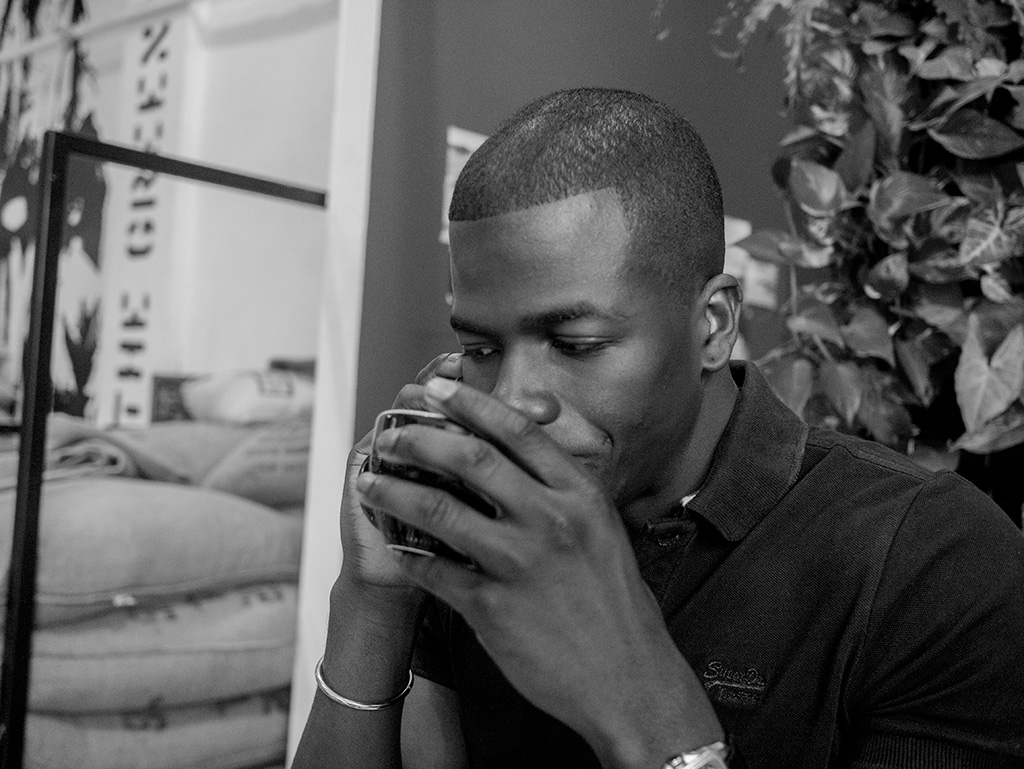 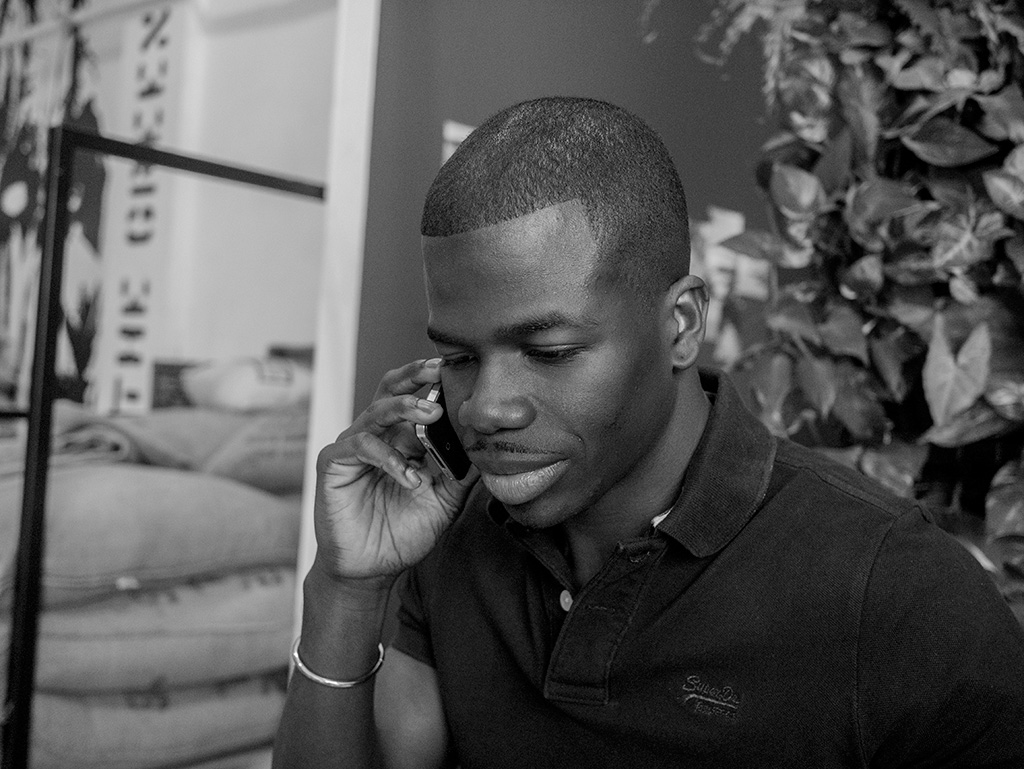 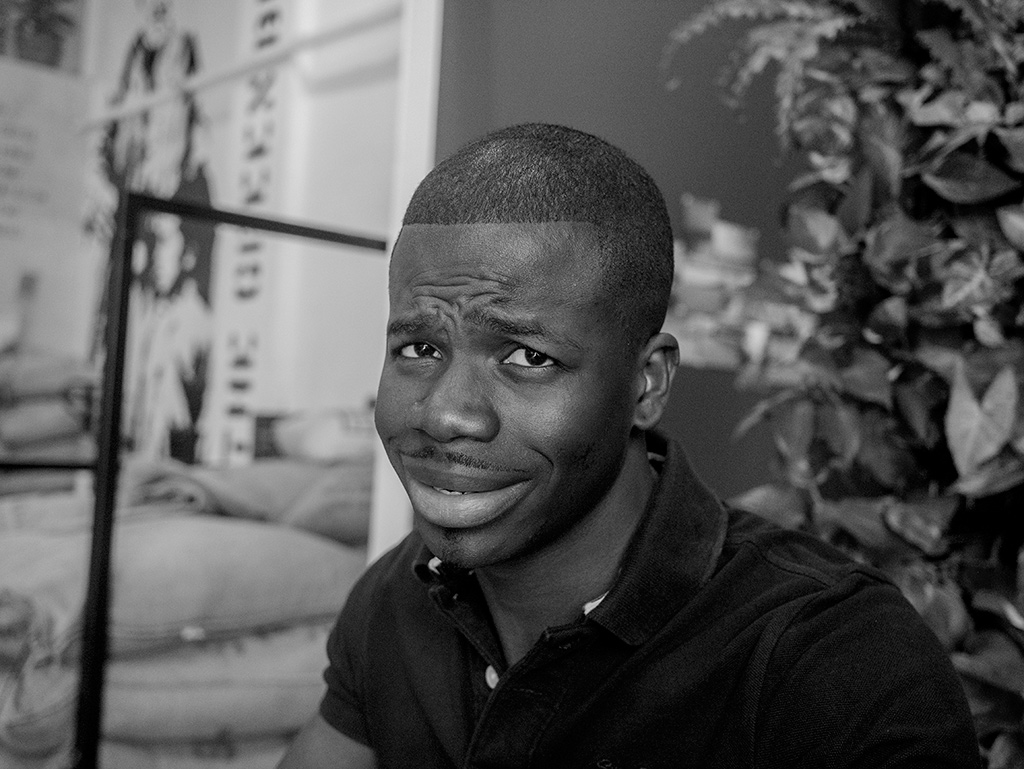 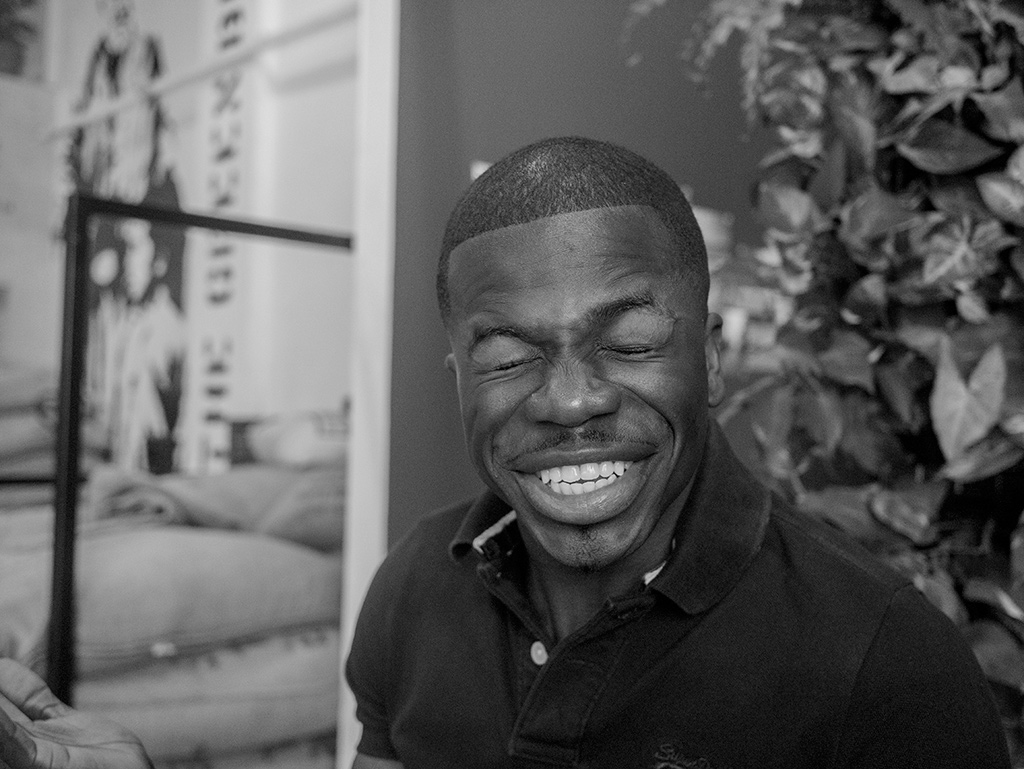 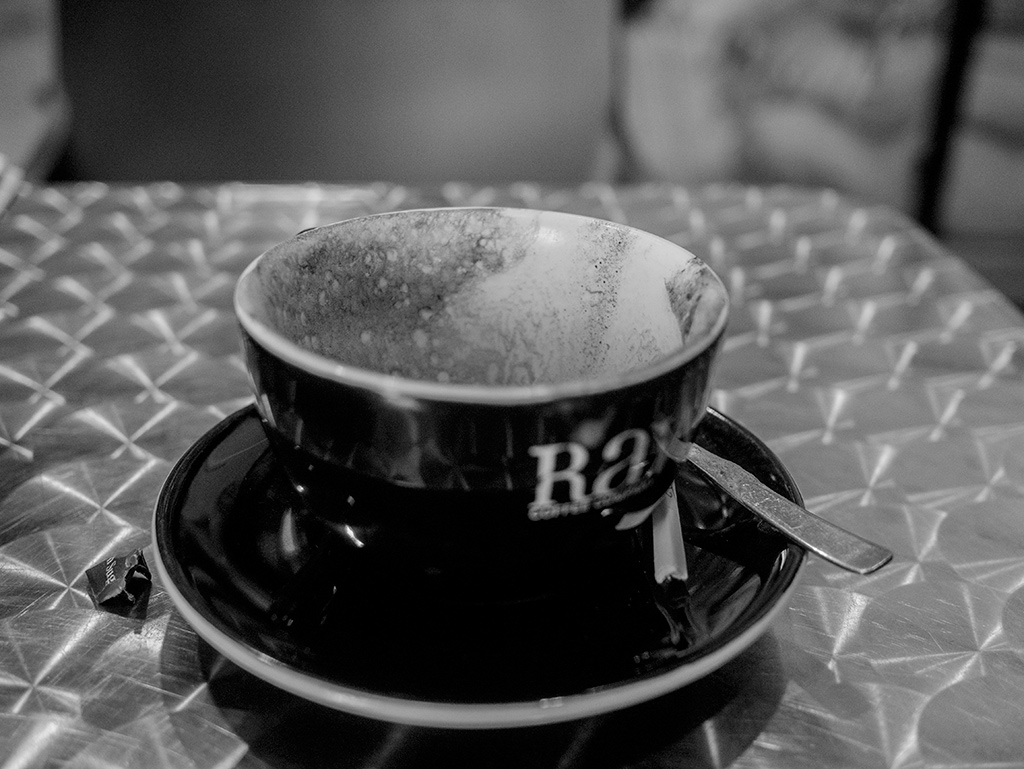 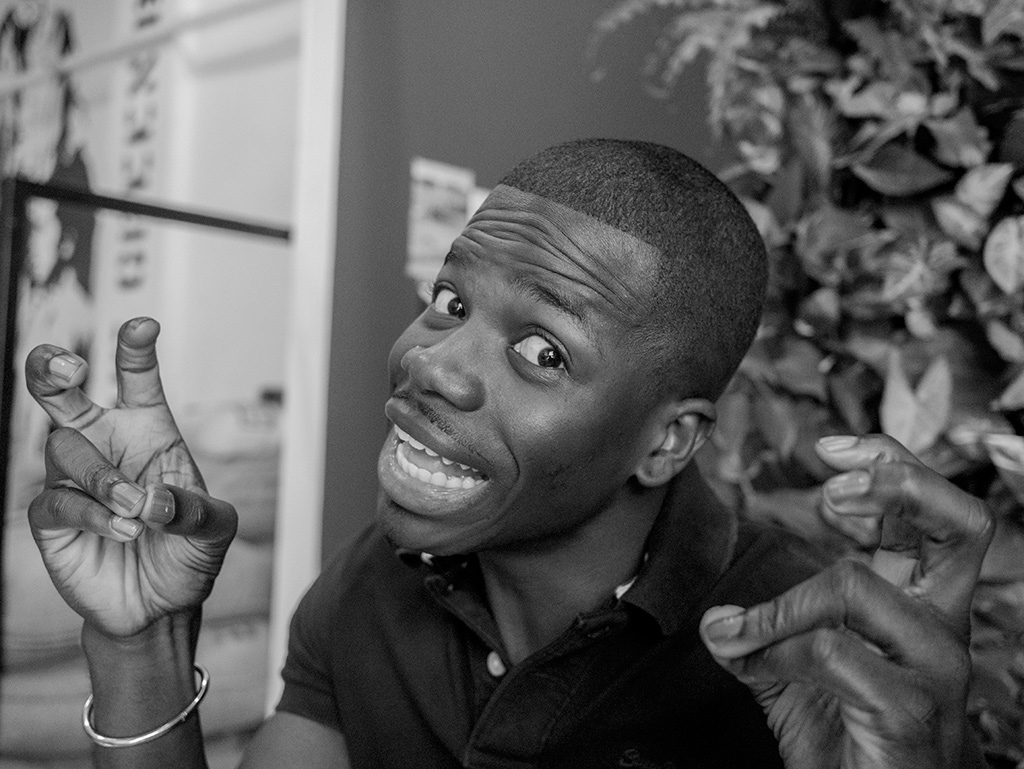 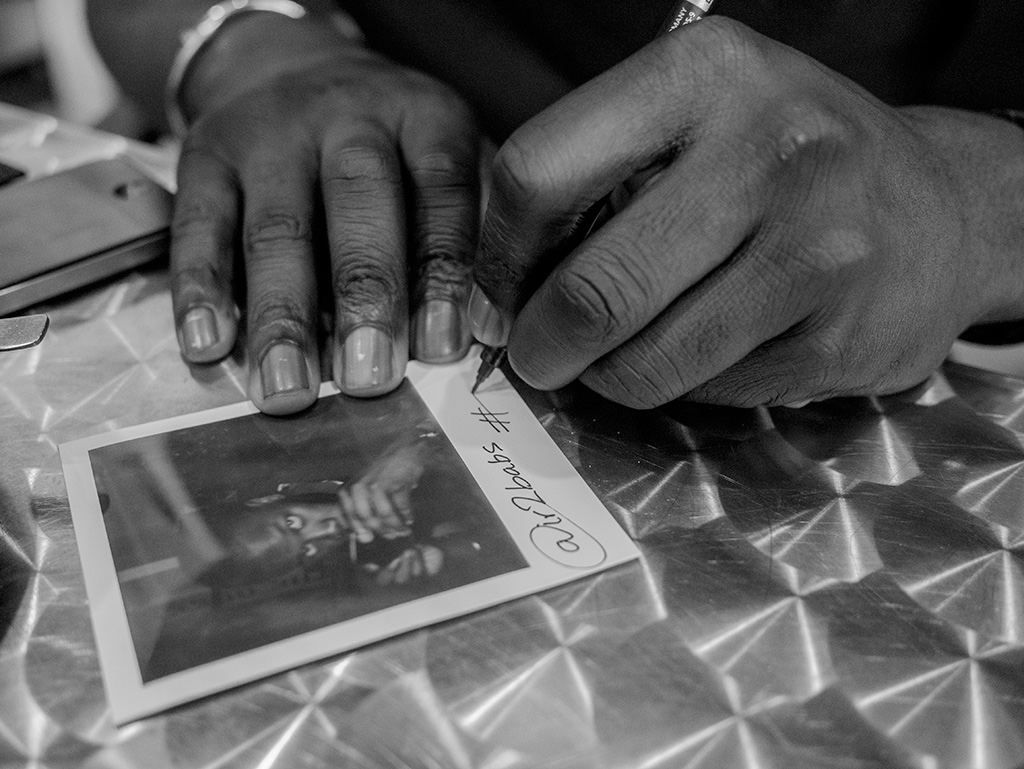 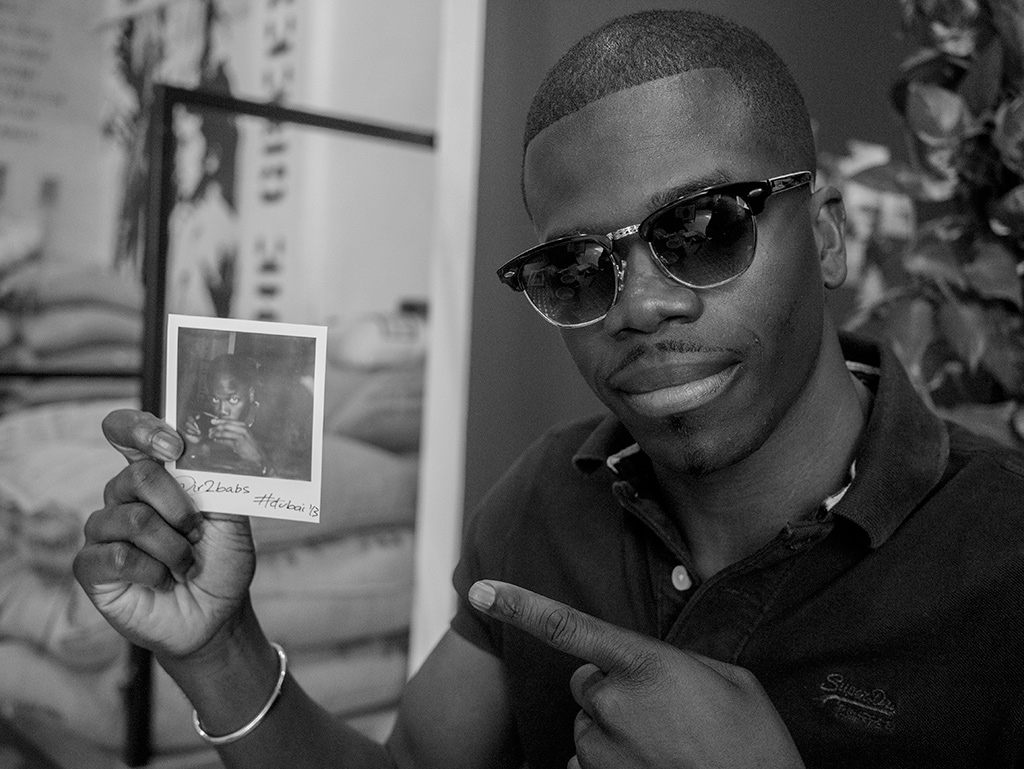 I wrote this 30,000 feet in the air, stewardess complimenting me on my bossy beard. OK, she didn’t mention my face at all – I just thought I’d write something cool for the intro, as this is a special one in the series.

So, why is it special? Well, today’s Coffee With… is the first international one in the series. I hopped on a plane from Heathrow and flew to Dubai for the shoot – I got it like that. OK, not really.

I was in Dubai for a much needed vacation, so while I was out there, I thought I would grab a quick coffee with my friend Femi (not the first Femi, this is yet another one. Though they do know each other quite well).

Unlike the London shoots, I didn’t hop on a train to get to the café. Instead, we hopped into Femi’s car and made our way to the coffee shop. After a short drive and a few right turns we arrived at our destination: Raw Coffee. We headed in, unsure if it was a coffee shop or a warehouse. As it turns out, it was a combination of both, or maybe that was just the design. We grabbed a table and one of the baristas came to take our order. Like the other Femi, this Femi isn’t about the coffee life (maybe it’s a Femi thing). He got a hot chocolate and I got my customary latte.

Our conversation began with my trip to Dubai, as we waited for our order. We spoke about all the activities we got up to, from jet skiing and visiting the Grand Mosque in Abu Dhabi, to going to the top of Burj Khalifa and seeing the city from an amazing viewpoint. Femi asked what the highlight of my trip had been. For me, I would say that it was the Grand Mosque; it’s such a beautiful building. I’m still in awe of it when I look back at the pictures I took.

We moved on to how the weather is so much better than London (it was snowing when I left in March; yes, snow. In march). Femi explained that he had no intention of moving back to London. If you knew Femi, that would make sense. But most of you don’t, so let me tell you who Femi is.

We met around the same time that I met the other Femi – we have a lot of mutual friends, and Twitter facilitated the introduction. When I graduated from university and got my first job, our offices were 5 minutes apart in the City (ah, the good old City days), so we used to meet up for lunch most days. This, plus quite a few common interests (like a mutual love of colognes) sparked our friendship. That’s how I know Femi. Now, who he is? Well, I’d describe him as someone that is 100% on top of his game. He moved out to Dubai for work and has been out here for close to 2 years now. That’s Femi.

He asked if I would ever move out to Dubai. We discussed the pros and cons, and I must say, the pros outweigh the cons. The major con being that they’re not big on the sneaker game – I need to be able to cop them new Nikes when they drop.

Our drinks arrived as we reminisced about our days in the city and the crazy outings we had in London (29th – if you know, you know). Our conversation was interrupted by a phone call; it was my last day in Dubai, so Femi was organising a few more outings before I headed to the airport.

When the phone call ended we moved on to Femi’s ultimate goal: to get all of his friends to move to Dubai. I must say, after this trip, his plan seems to be working (once I figure a way around the sneaker issue).

This led us to discuss our friendship circle. We joked about the crazy situations that occur when we all link up (the 29th being one of them). We agreed that we all couldn’t be in the same city abroad: it would be too much for the city. I mentioned how grateful I am to have a friendship circle that is close and all on point, and always making sure that each other is on top of their game. Femi poignantly explained it by saying, “friends that became family.” Indeed, the people I call my friends are like family to me and I feel really blessed to have them in my life. We finished our drinks and wrapped up the shoot, then headed out for the last few outings that were planned.