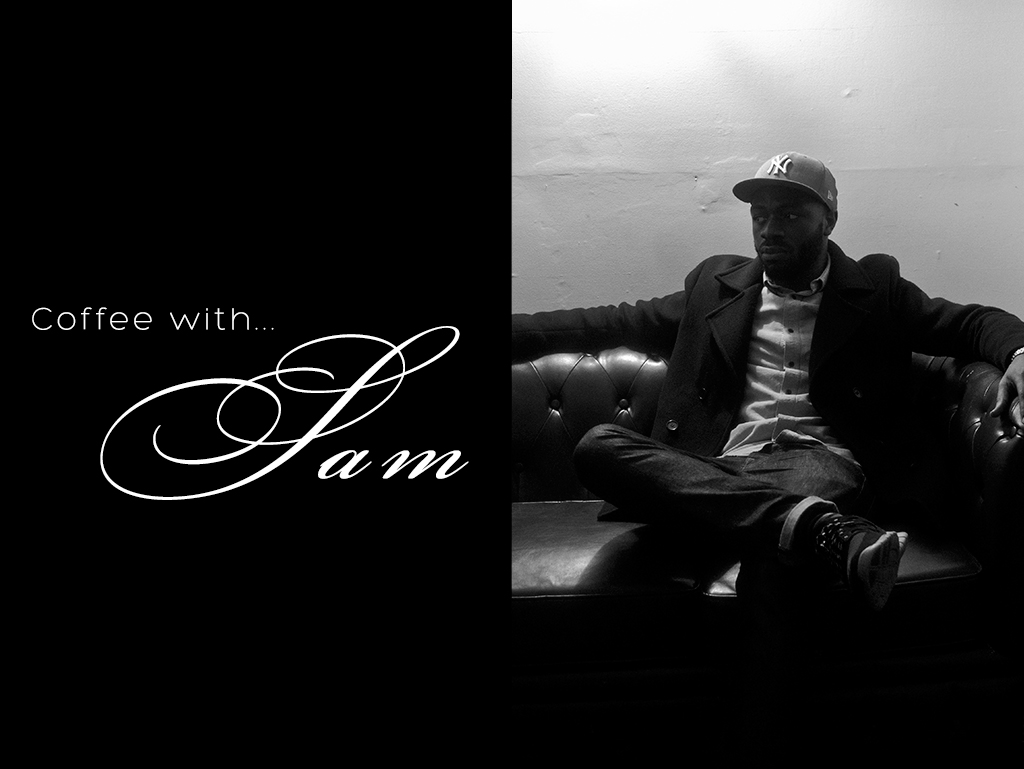 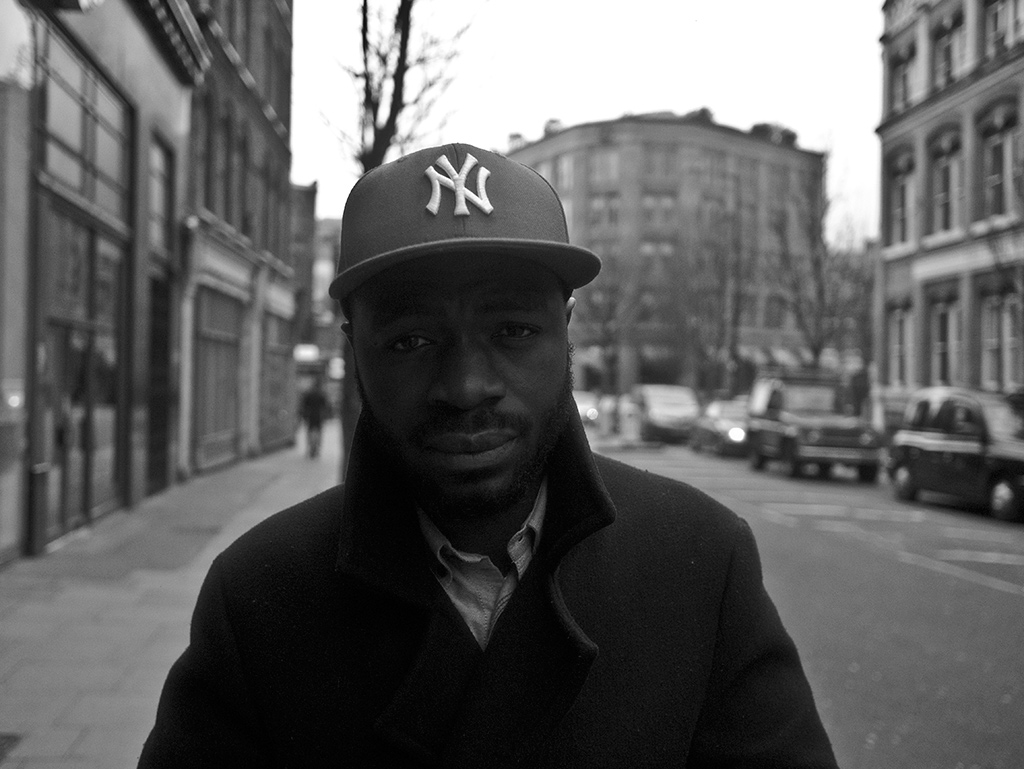 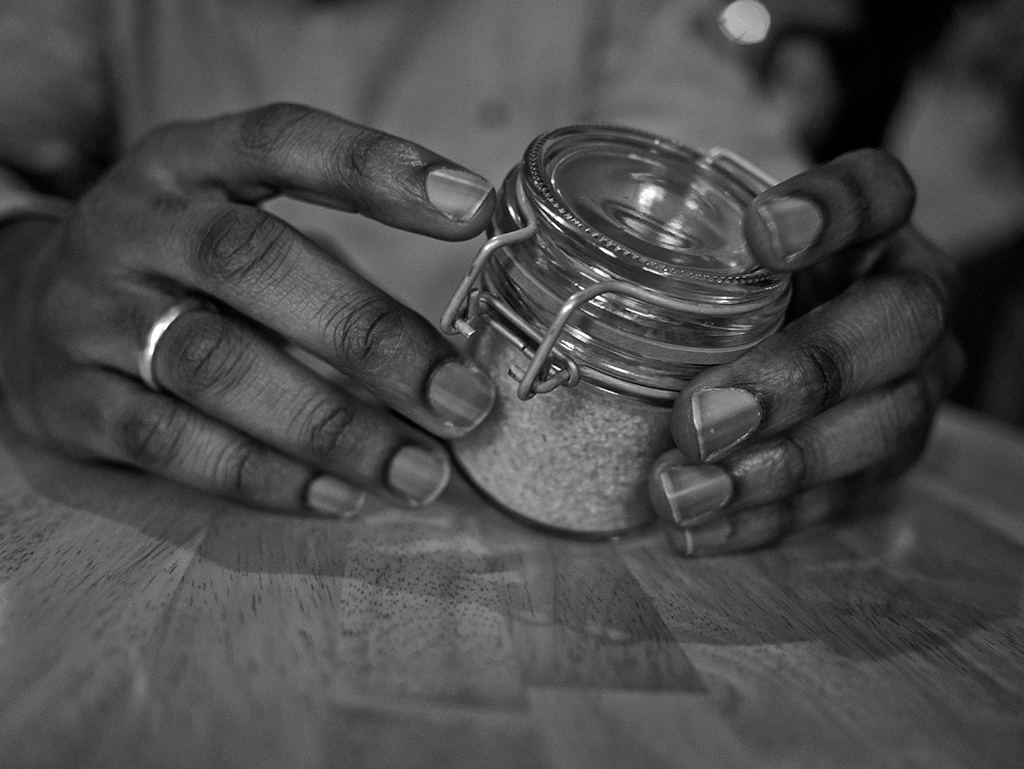 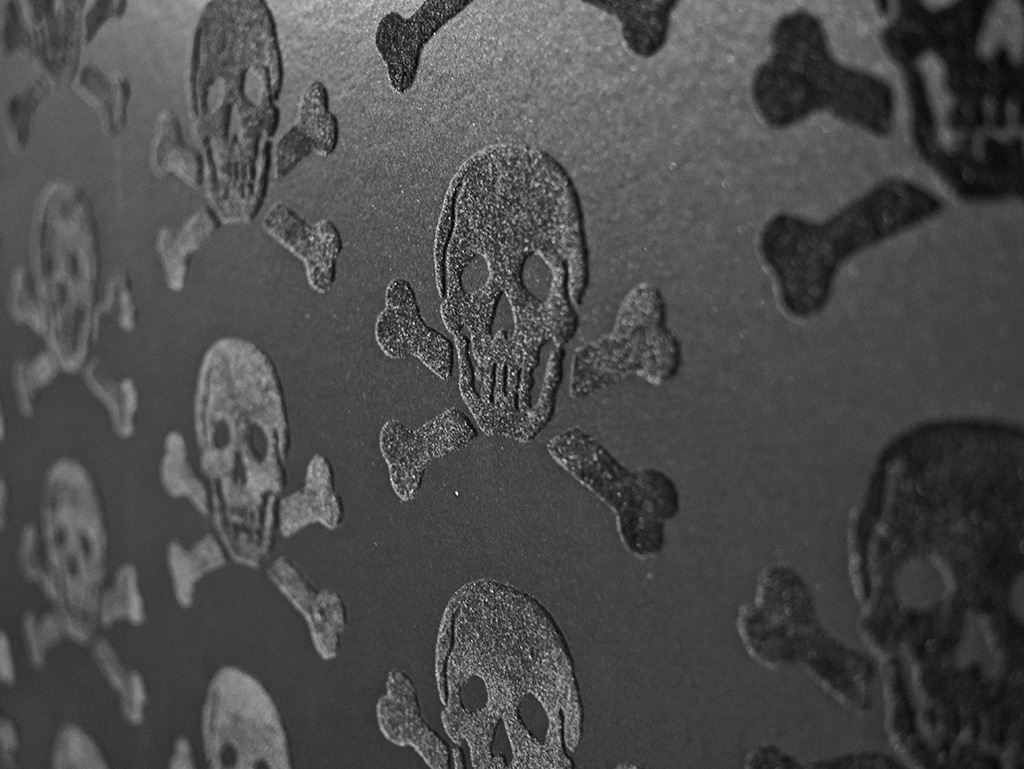 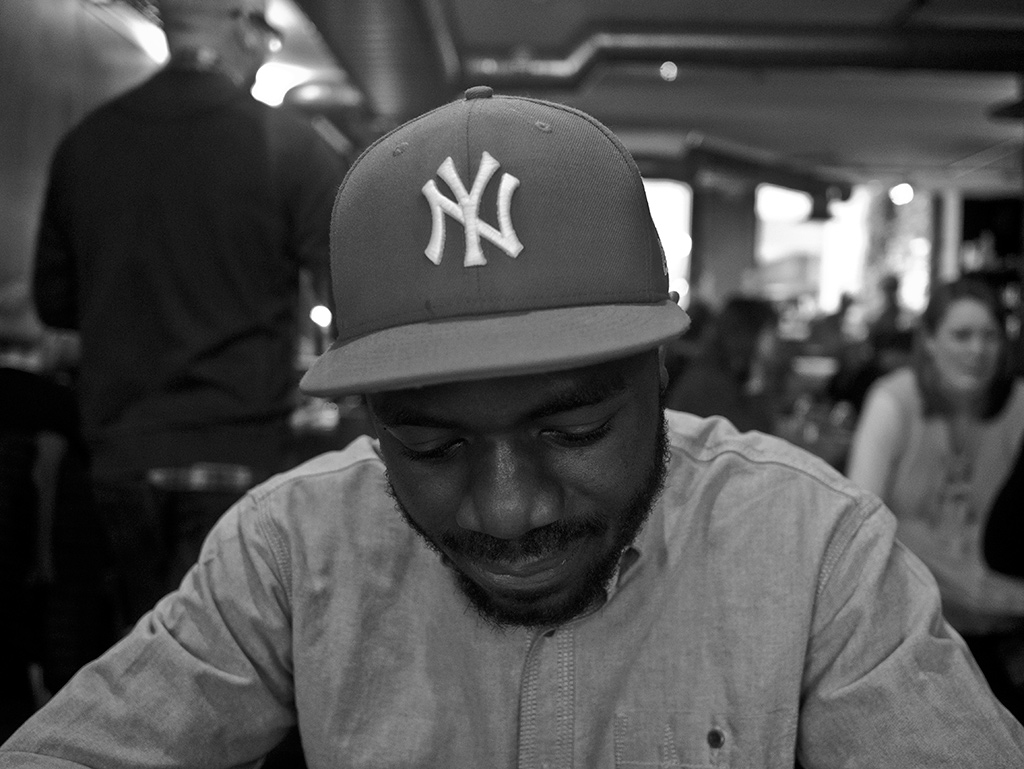 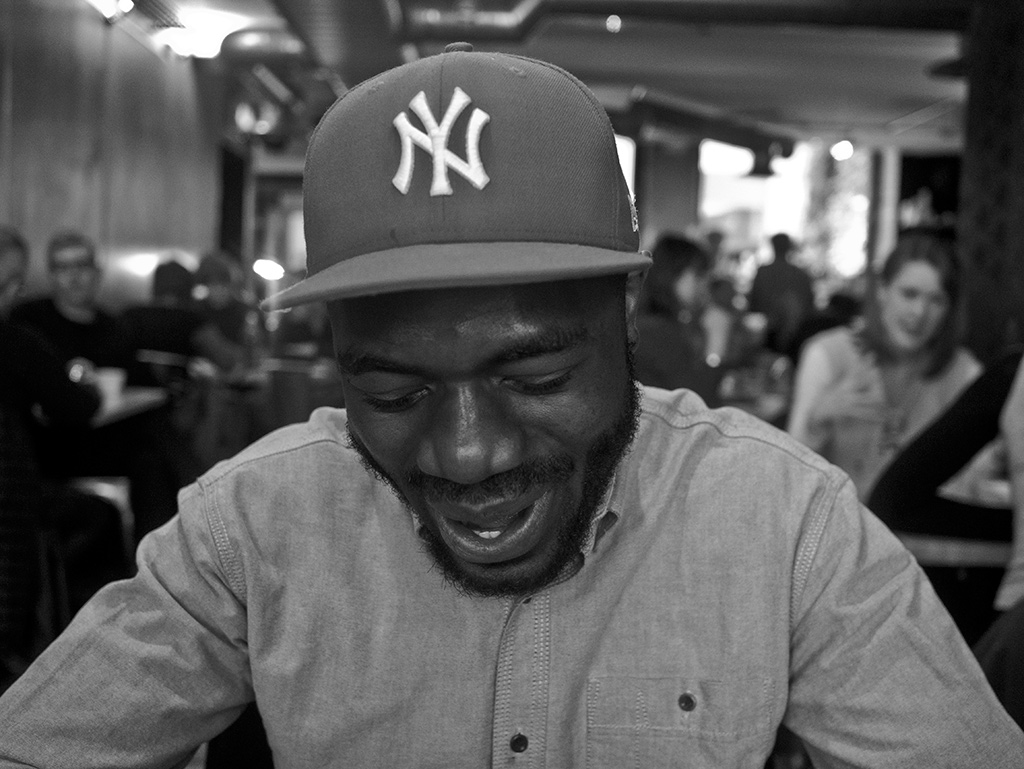 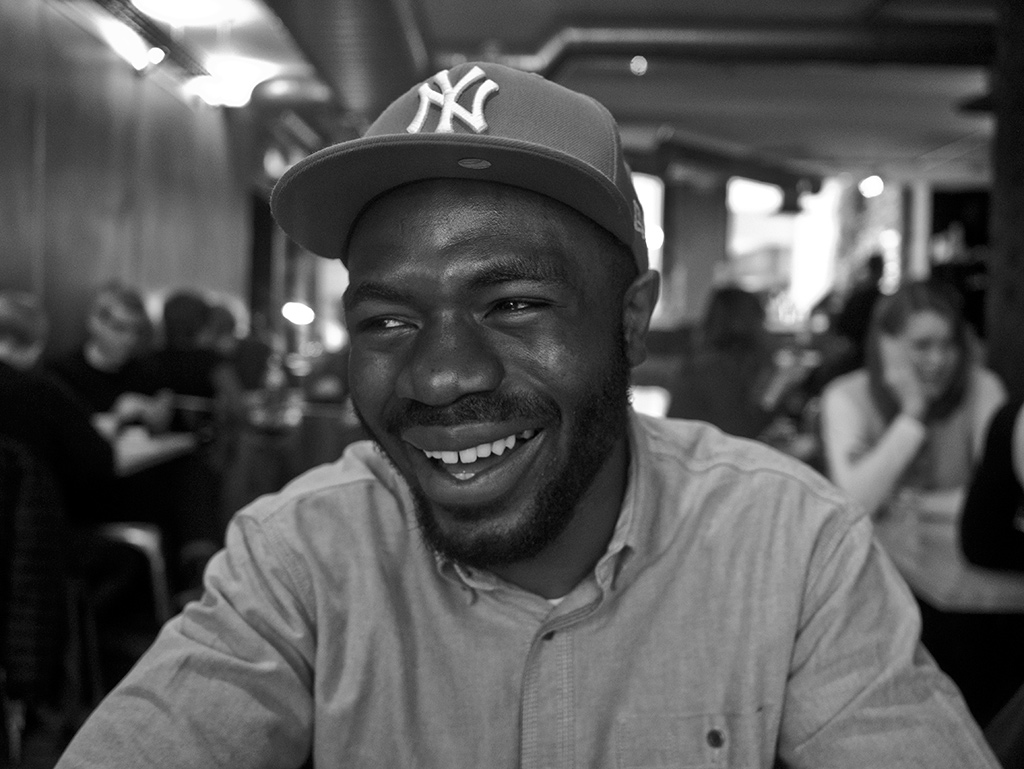 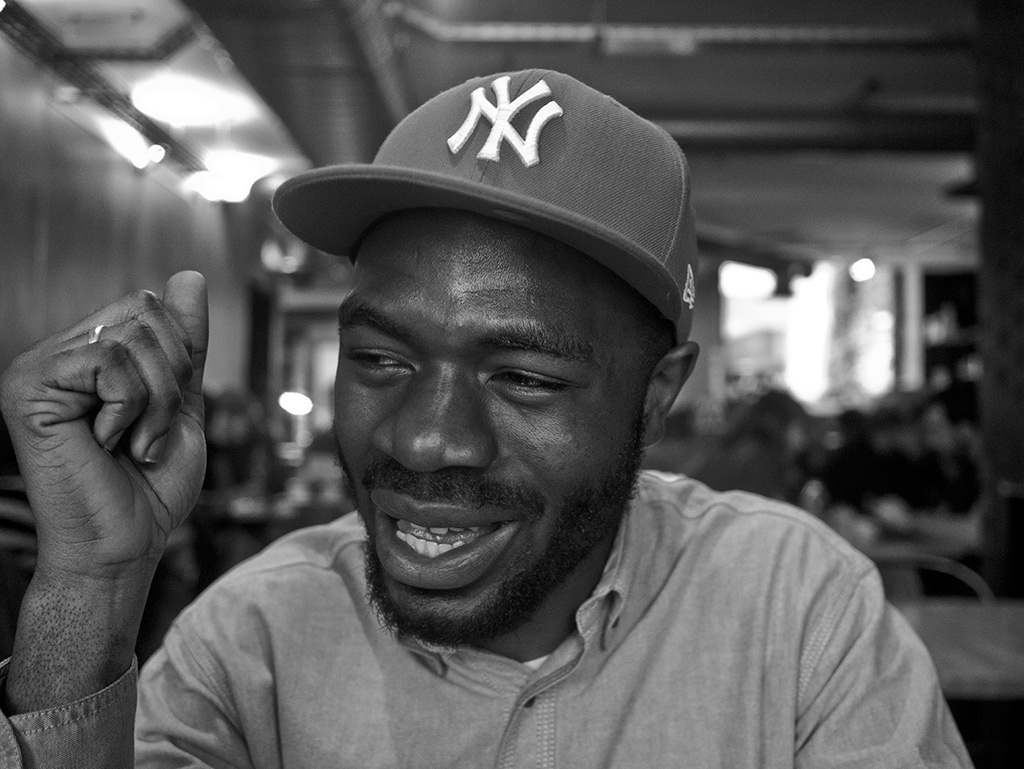 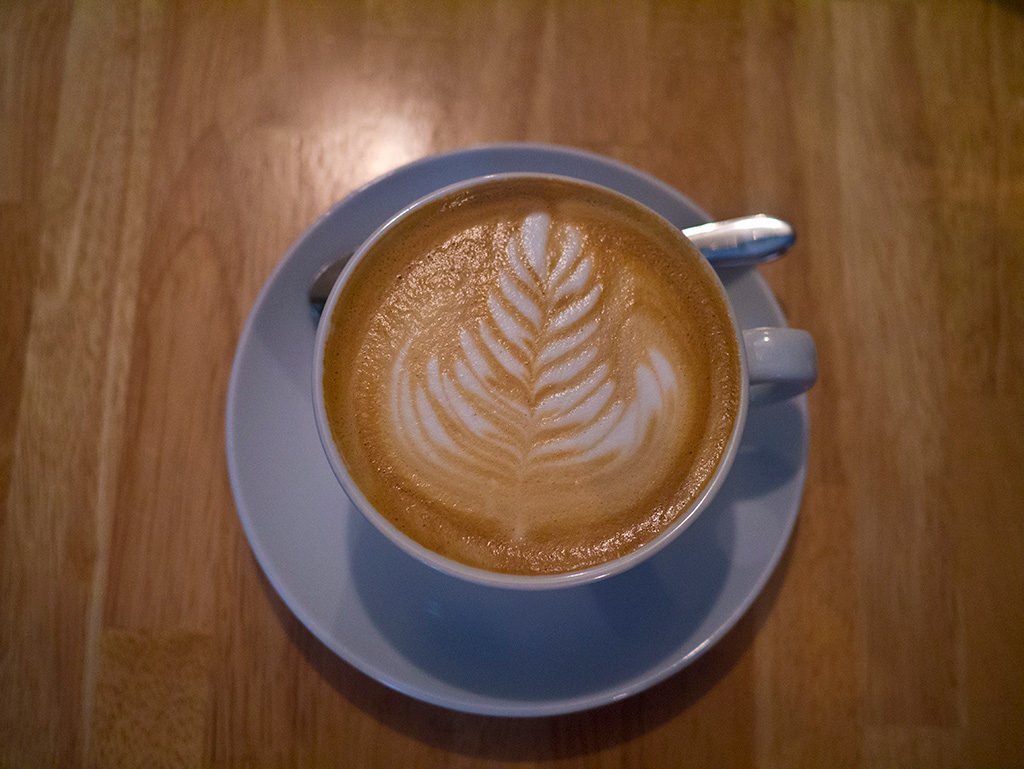 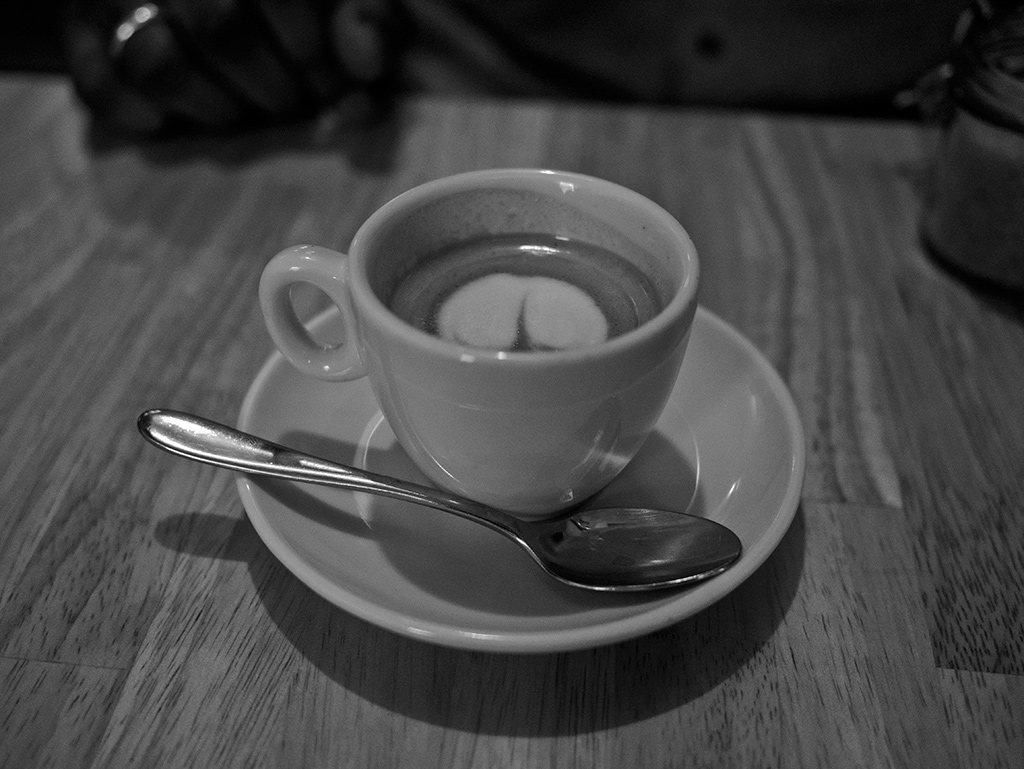 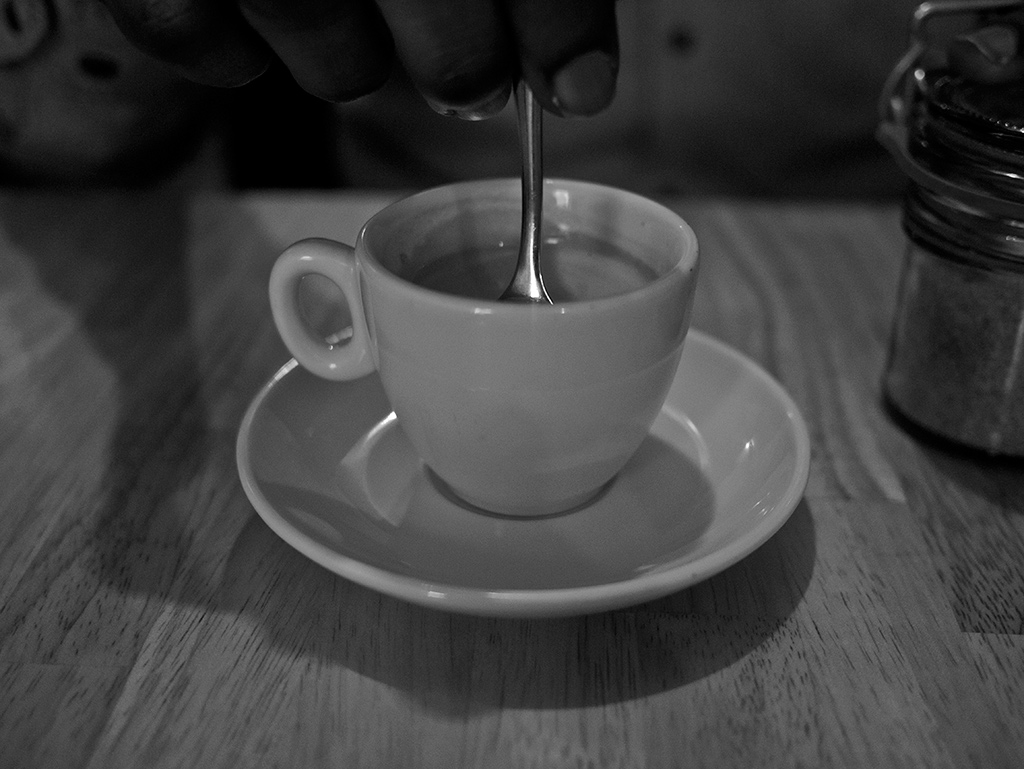 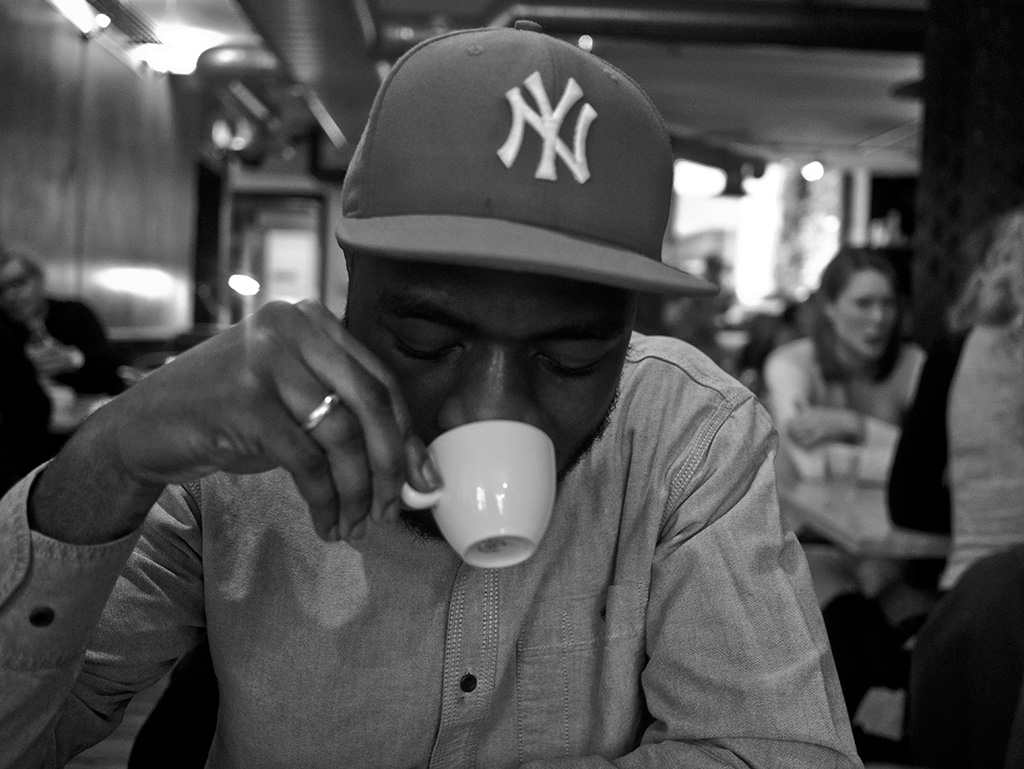 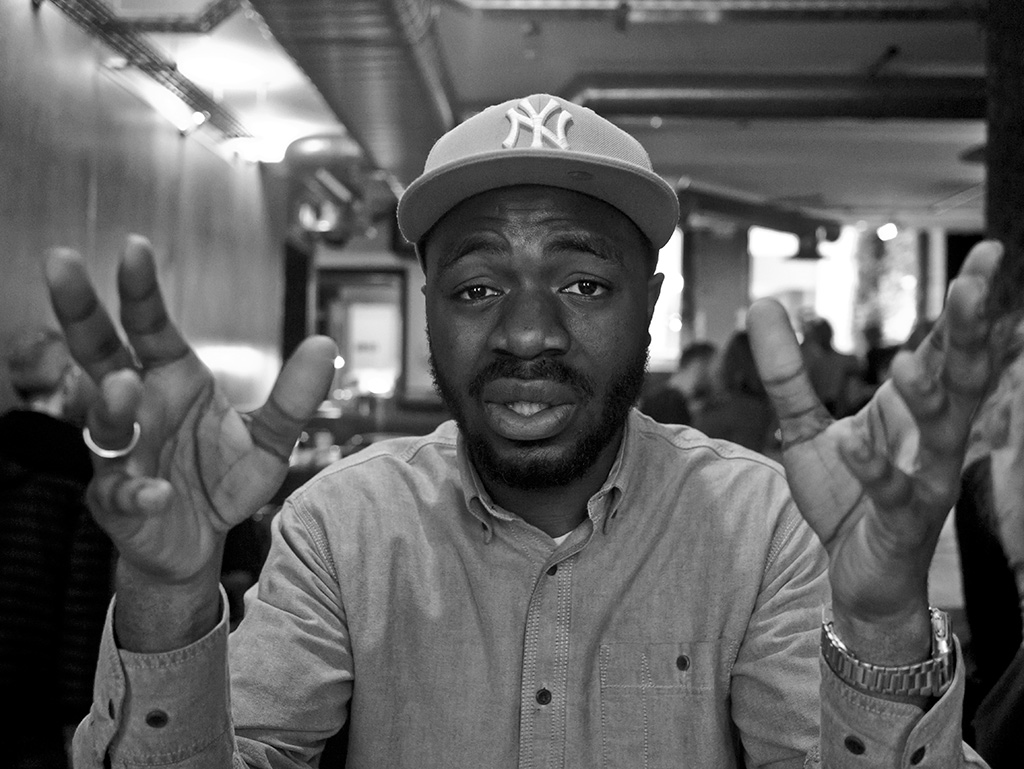 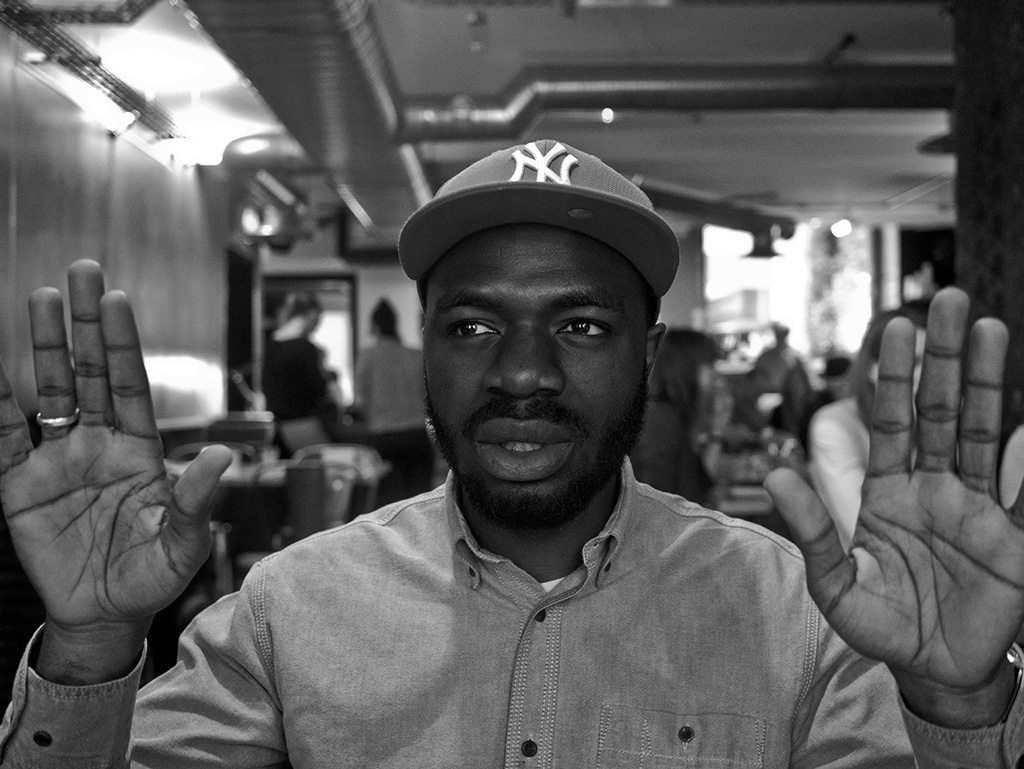 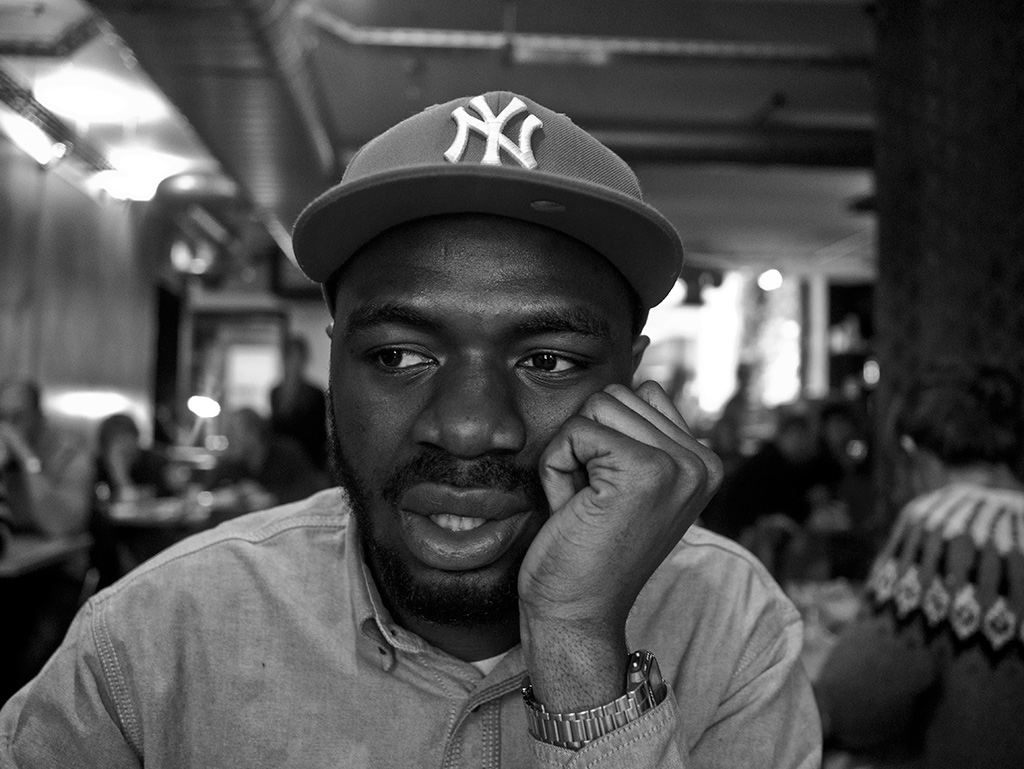 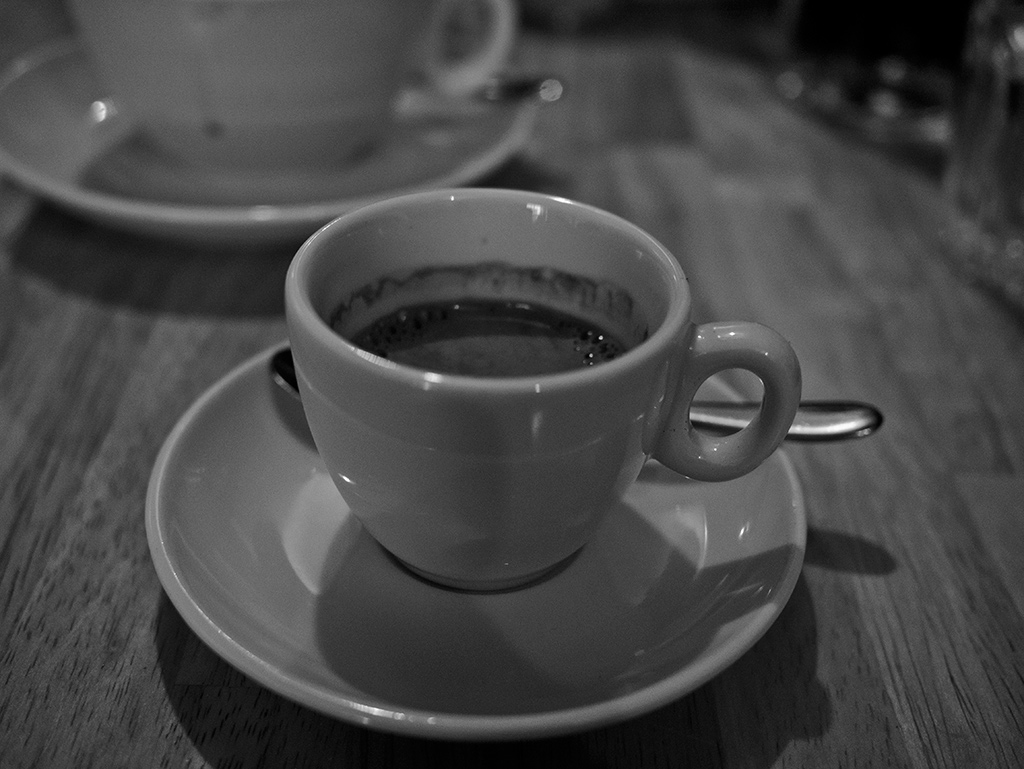 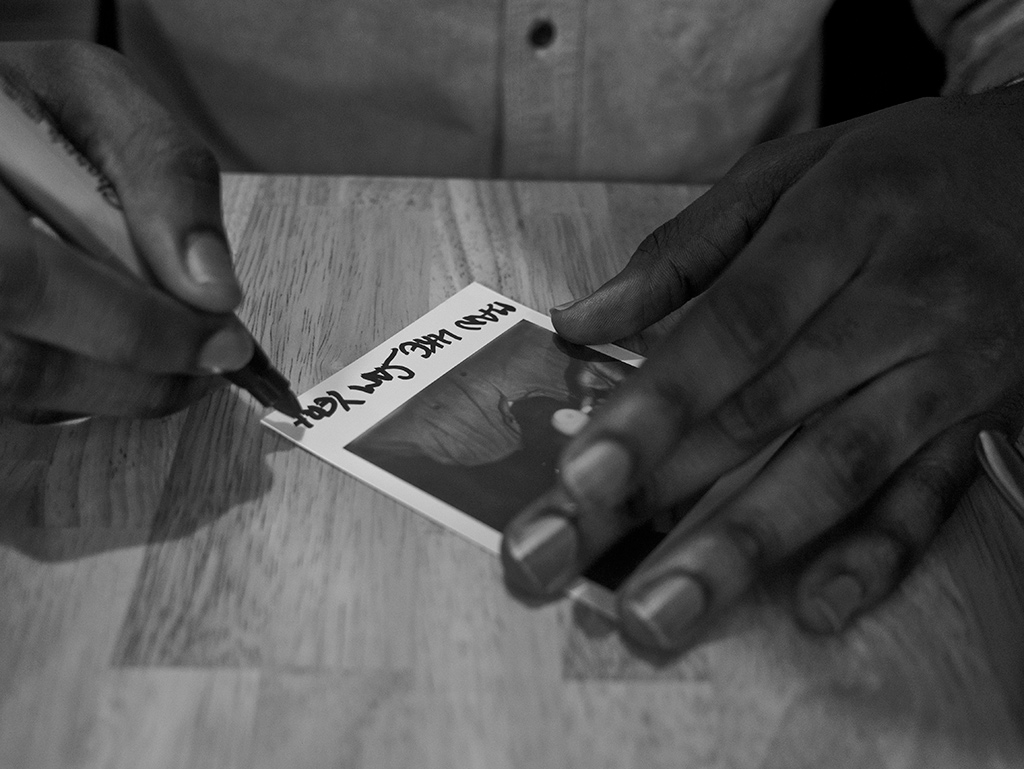 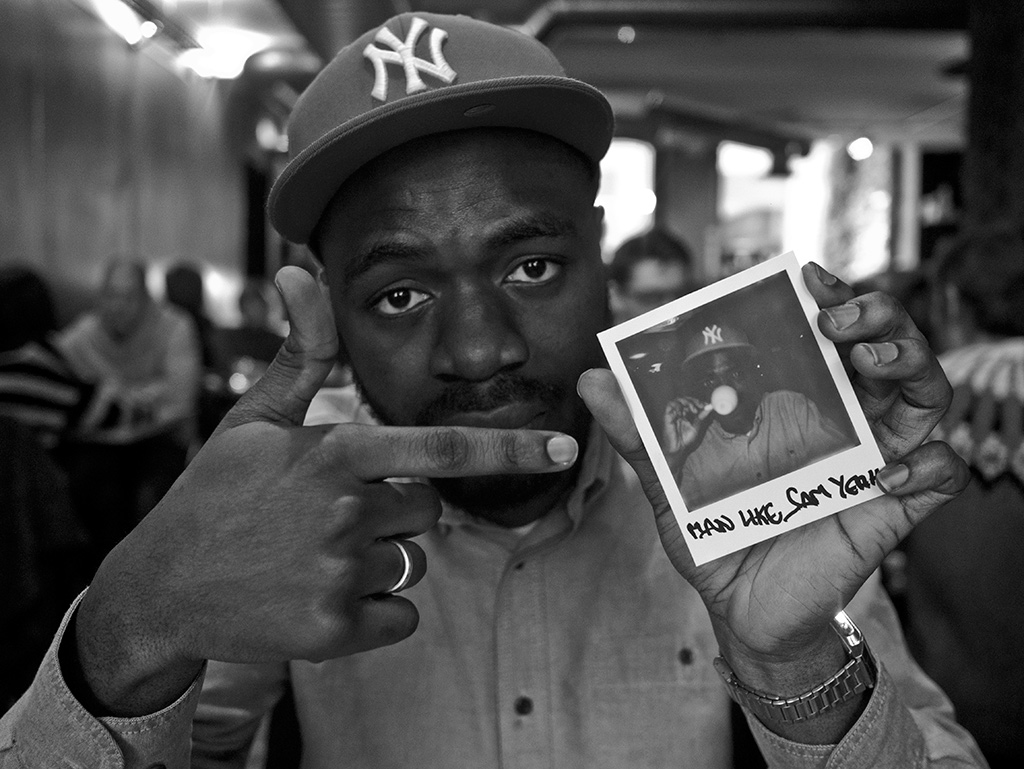 “Why are you so troublesome, FJ?”, a phrase that is used pretty much anytime I speak to, or meet up with, today’s Coffee With… guest (told you I’m troublesome).

Today’s shoot is with none other than ‘Man like Sam’ (self-appointed title). When I asked Sam to be in my series, he stated that he didn’t want to talk about anything we discuss on a regular basis (sneakers, hip hop… You know – guy stuff). This made me anxious about the shoot as I kept thinking (and everyone knows how I like to over-think) about what we’d talk about – it added a lil’ more pressure than normal.

I met up with Sam in Central London and we made our away to the Coffee With… location. En route, we exchanged the usual pleasantries (some of which are the reason for the “Why are you so troublesome, FJ?” phrase). After a not so short walk (I totally picked the wrong train station) we made it to our coffee destination – Workshop Coffee.

There was a queue as we arrived and we were told that there would be a 20 minute wait. Fortunately this wasn’t the case. The host made it feel like it was a game show as you got called up for your table, which was quite a nice touch. As we waited, Sam blurted out “handkerchiefs are useless you know” – we laughed at the randomness of the statement. Once we got that out of our system we both agreed that they are indeed useless, and pretty nasty. I mean, you blow your nose into them and then put that back in your pocket. And then reuse it! That is just filthy. Sam elaborated that his Dad had told him to always have one with him. This led us to discuss the random advice we had received from our respective fathers.

The host eventually told us our table was ready, so we headed upstairs and got settled in. One of the staff members approached us to take our order, which was a surprising change – I’m used to having to get up and place my order myself. Sam ordered a “decaf macchiato” and I got my usual latte.

As we waited for our drinks, our conversation shifted across random but meaningful topics, like “how do you buy your socks?” and “what do you look for in a shower gel?” (smelling like summer fruits is essential in life). Sam pointed out that he likes to ask these kinds of question as they show another side of people that you don’t get with the usual line of questioning. Random right? Well, Sam is random like that.

I guess I should tell you a little bit about who Sam is. I met Sam through a mutual friend (Femi). We bonded over quite a few different things but the main thing was our mutual love for footwear – sneakers especially. What does Sam do? Well it’s difficult to put one title on it, so I wont attempt to. Lets just say he does a whole bunch of stuff (like myself).

As our drinks arrived, we were discussing some of the regrets that we’ve accumulated in our lives. I mentioned that I try to live without any regrets, so as a result I don’t regret a lot of things (except buying those stupid kicks, I really don’t know what I was thinking). But there is one regret I have, which is burning bridges. There have been situations in my life where I could have let things go, but pride/ stubbornness didn’t allow me to. As a result, relationships were ended and I never got to experience where they could have lead, or what their purpose in my life was.

As we continued discussing this, a waitress brought 2 espressos to our table – compliments of the owner, James. James came over and we discussed what I was doing (the Coffee With… project). We exchanged more pleasantries and expressed our gratitude for the drinks, before he returned to his table.

As we finished the second set of drinks, we discussed the video projects that Sam has completed this year, and where he wants to take them. Sam explained that everyone has been asking him the same questions and expecting more from him, and that he’s not a big fan of the expectation. I expressed the same feeling – expectation puts a lot of pressure on creating new work. I spoke about my trip to Prague last year: the expectation of people wanting to see dope pictures took all the fun out of shooting, as I kept second guessing each shot I took. We concluded that expectation is a good and bad thing: bad in terms of the pressure it adds, good in the sense that people like the quality of our work and expect the same quality with all future accomplishments.

We wrapped up our shoot and headed out to meet our homie Justin. But not before going to check out a few sneaker stores, obviously.