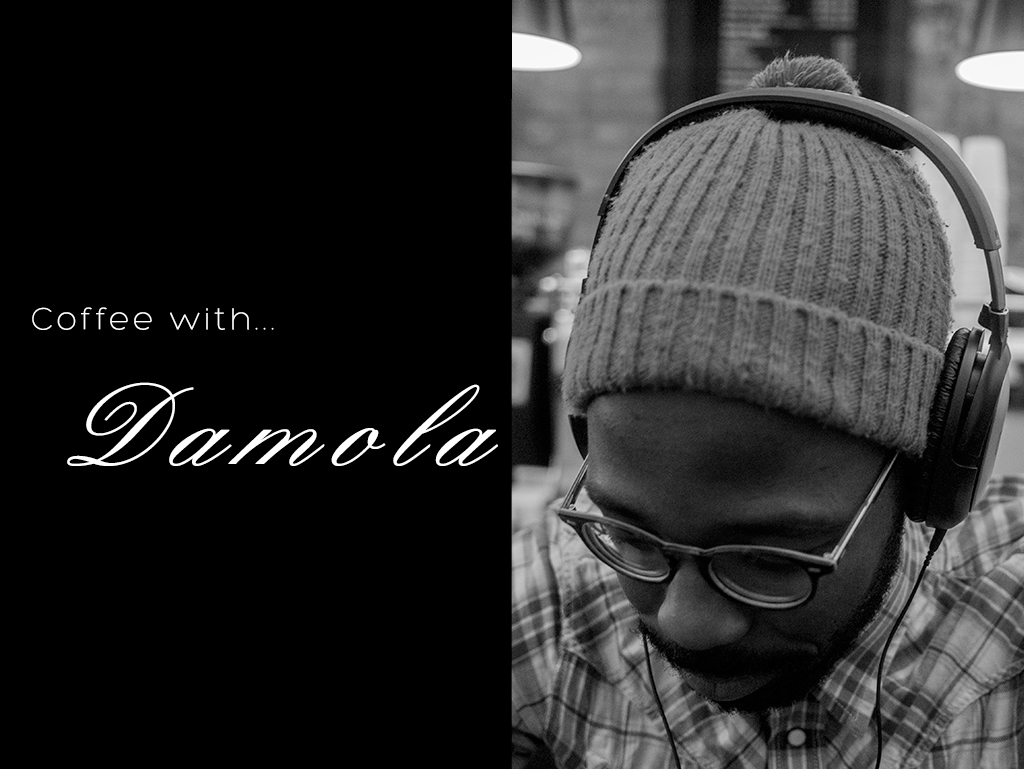 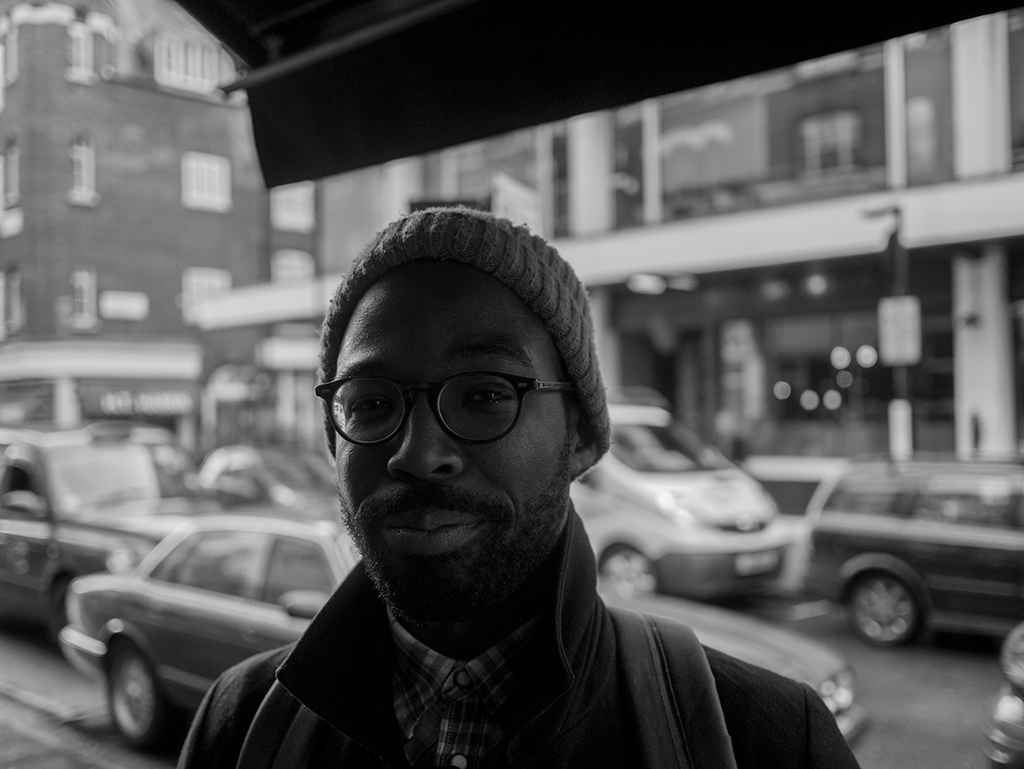 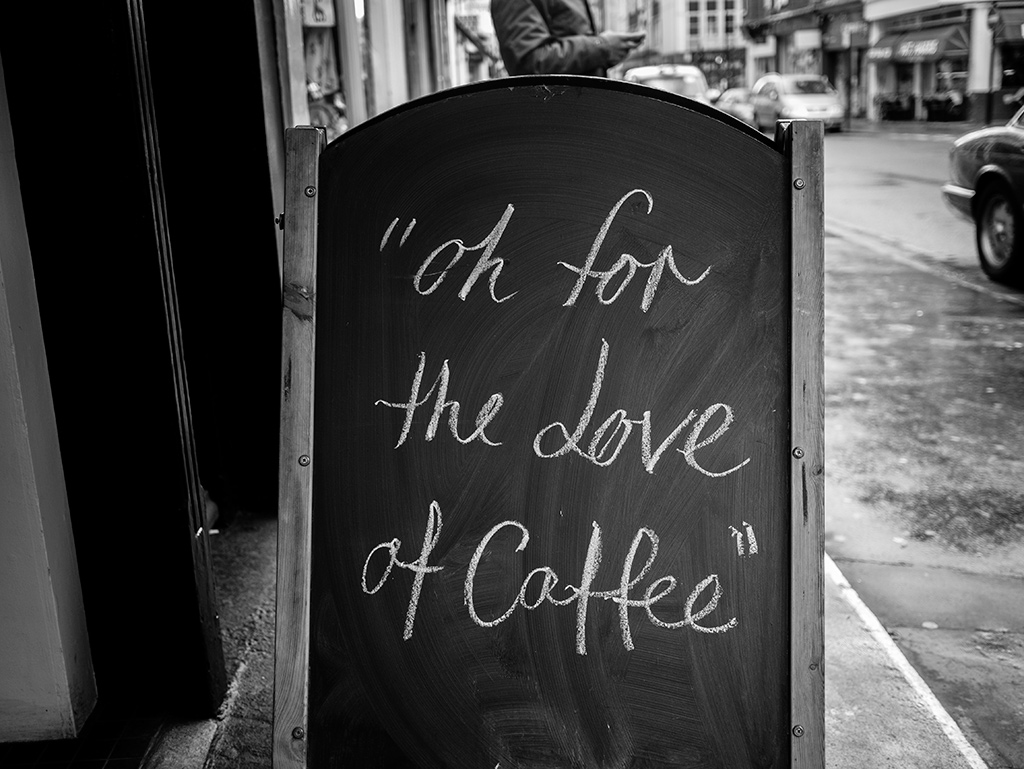 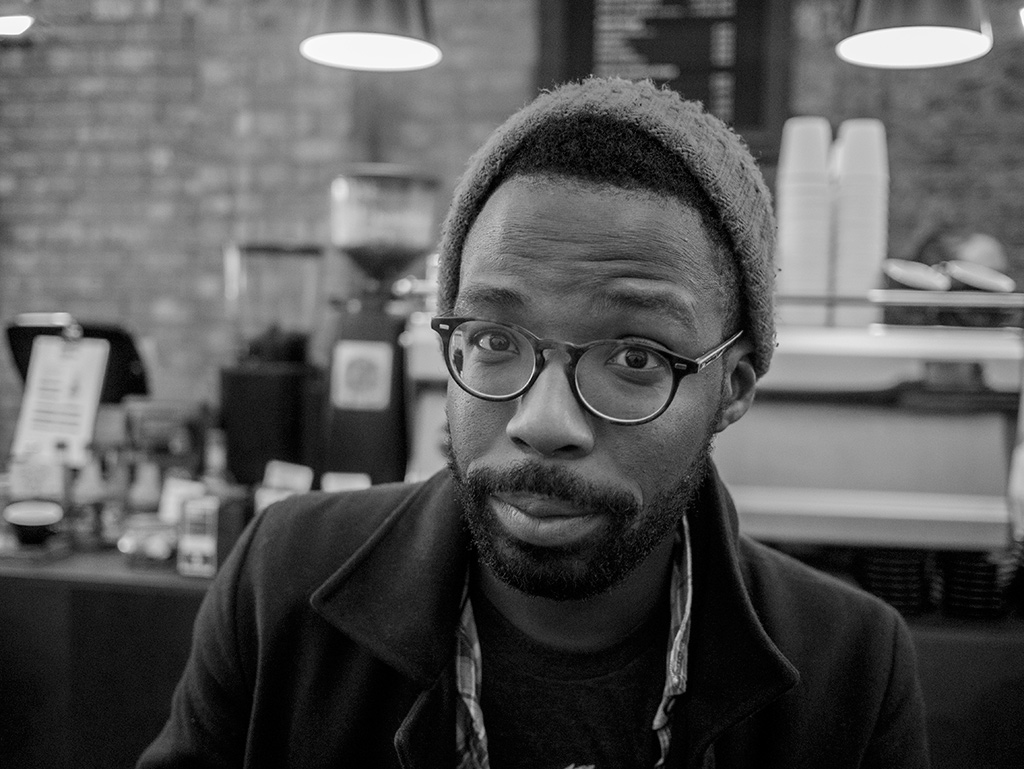 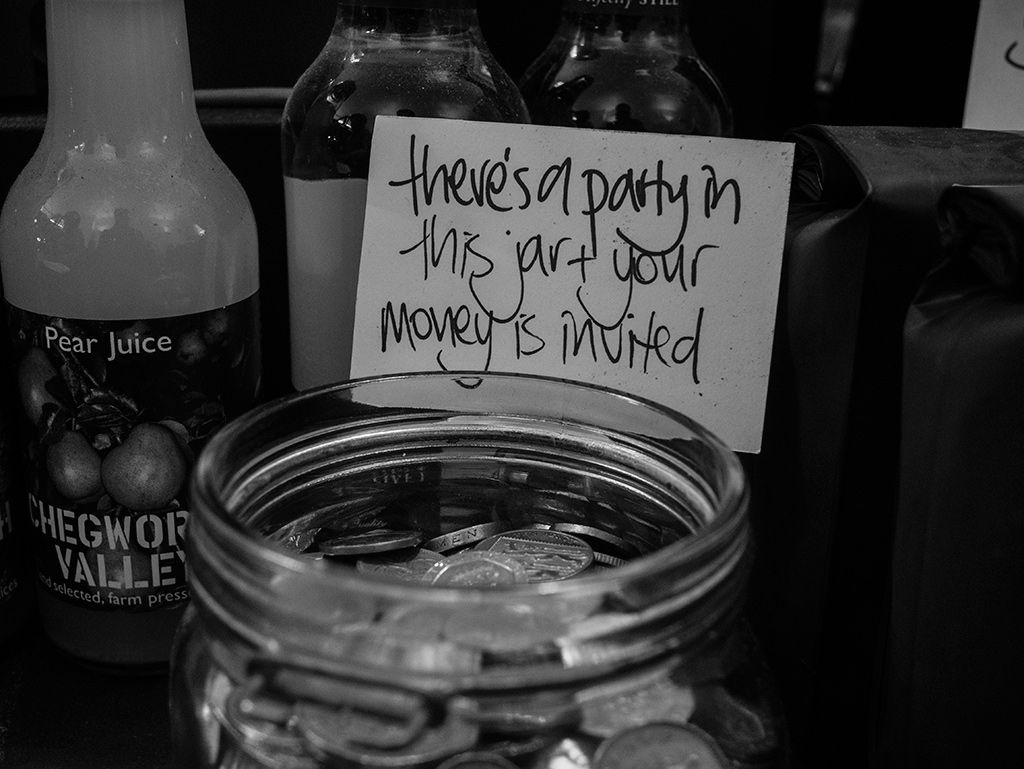 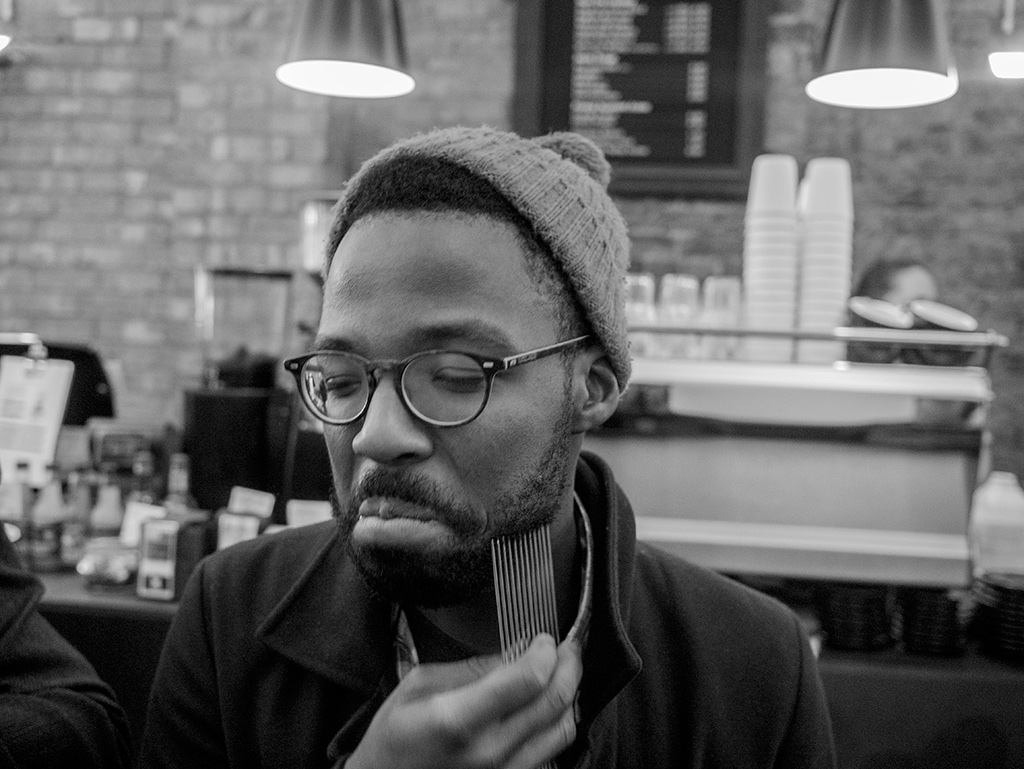 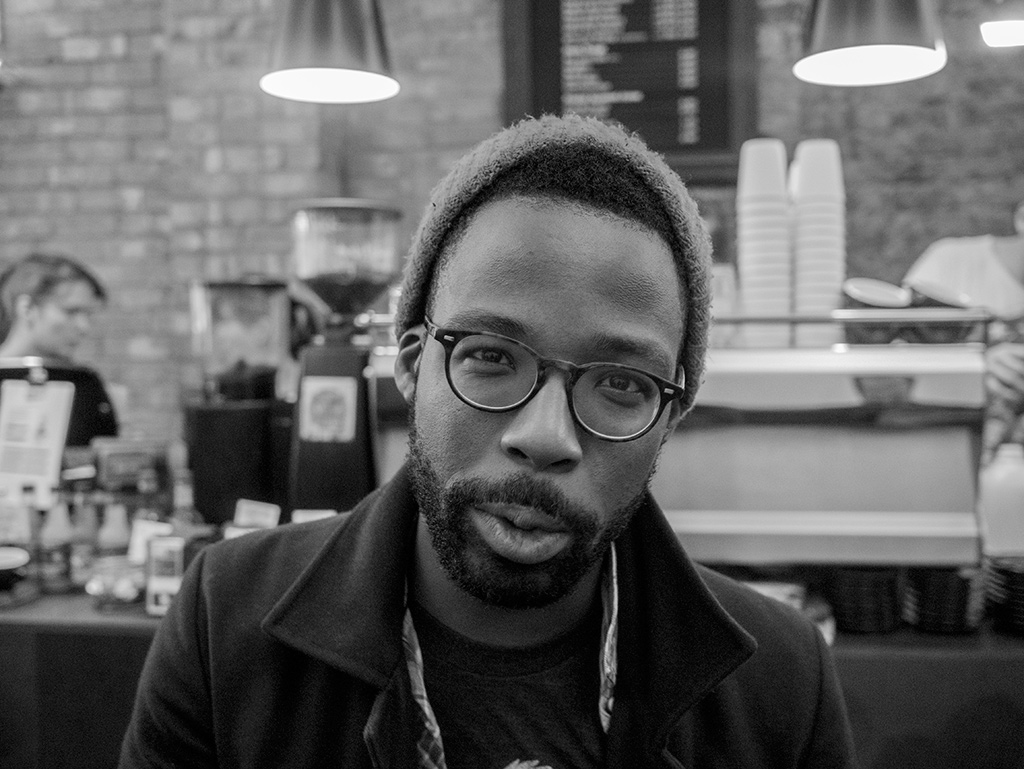 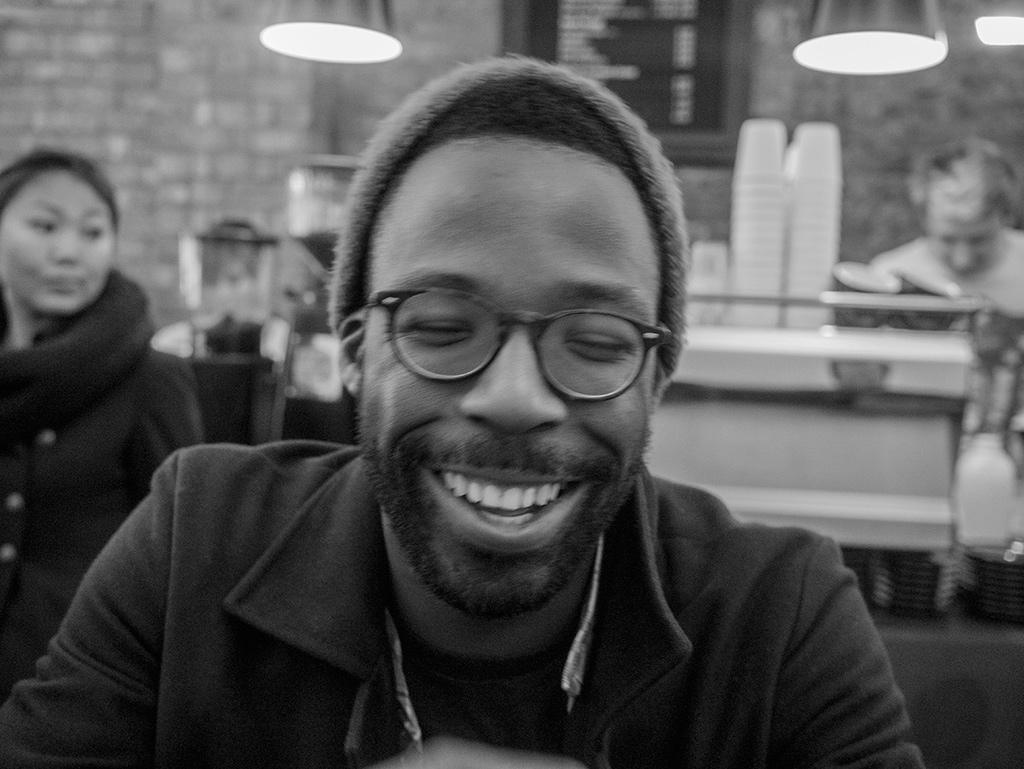 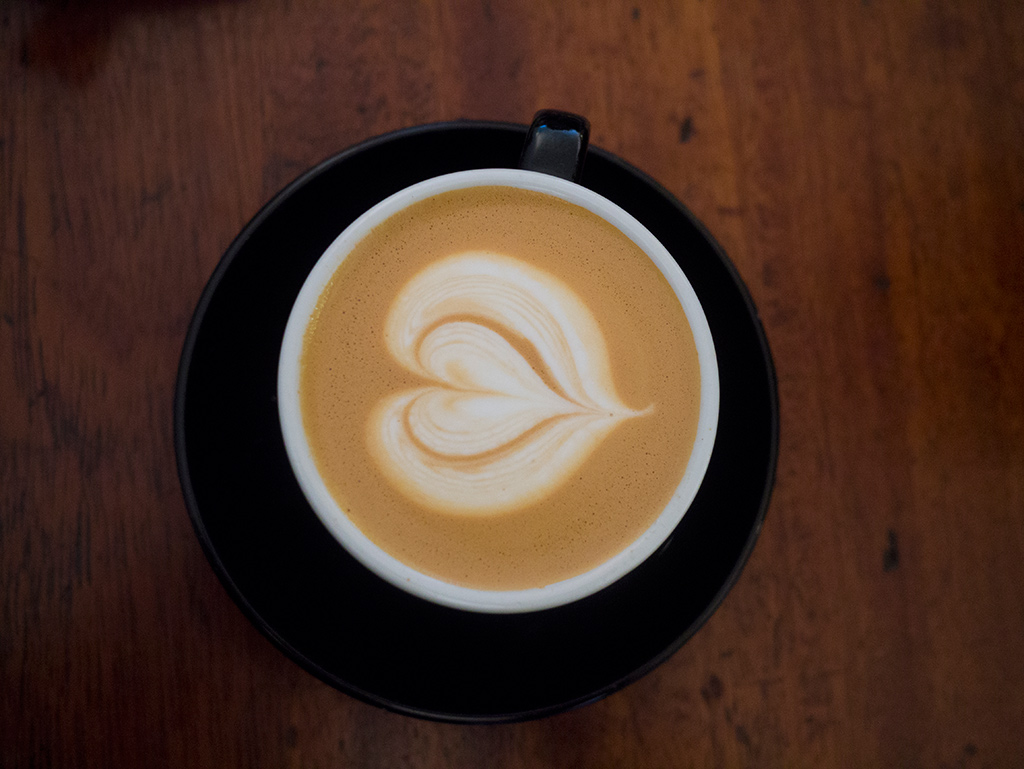 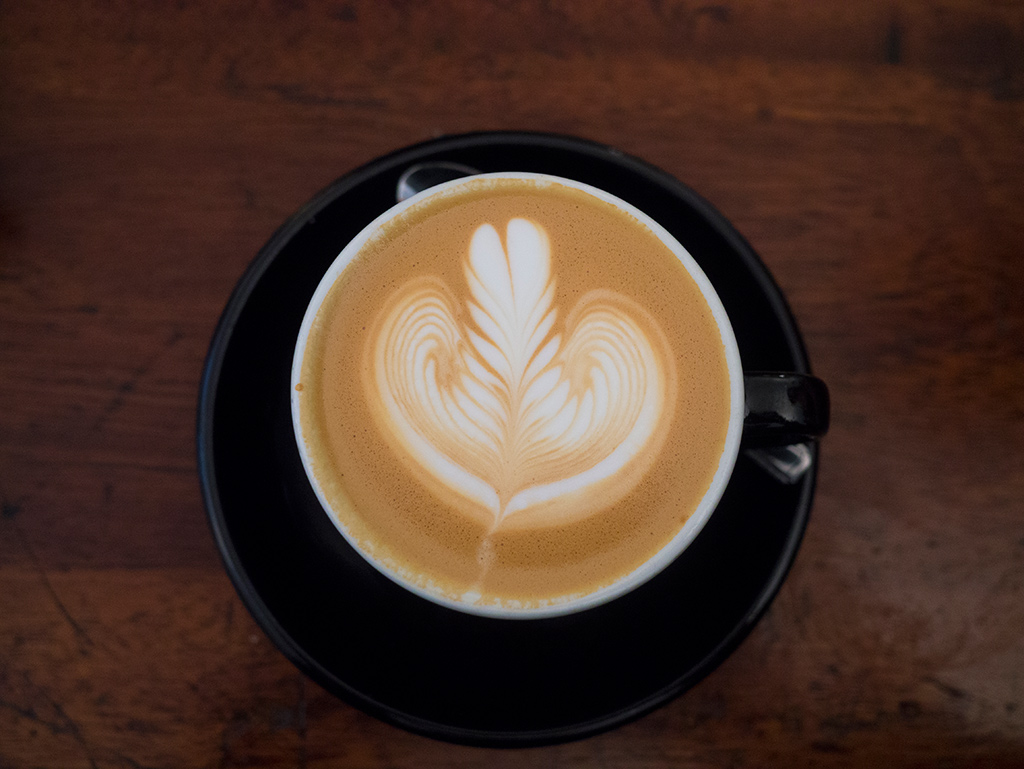 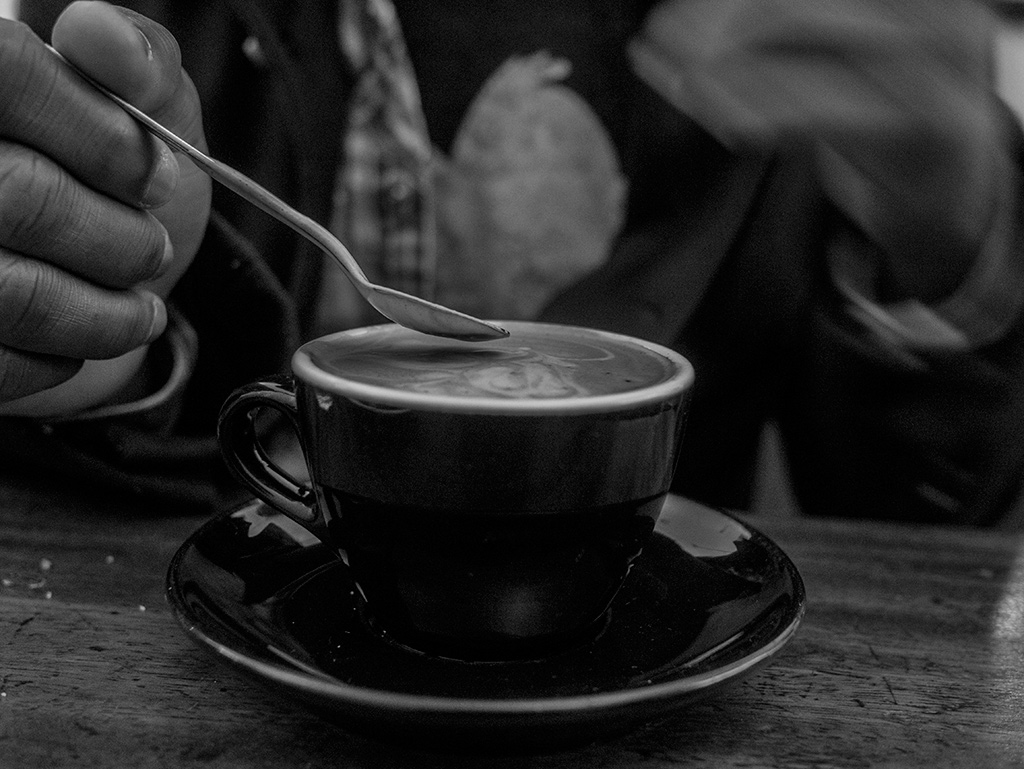 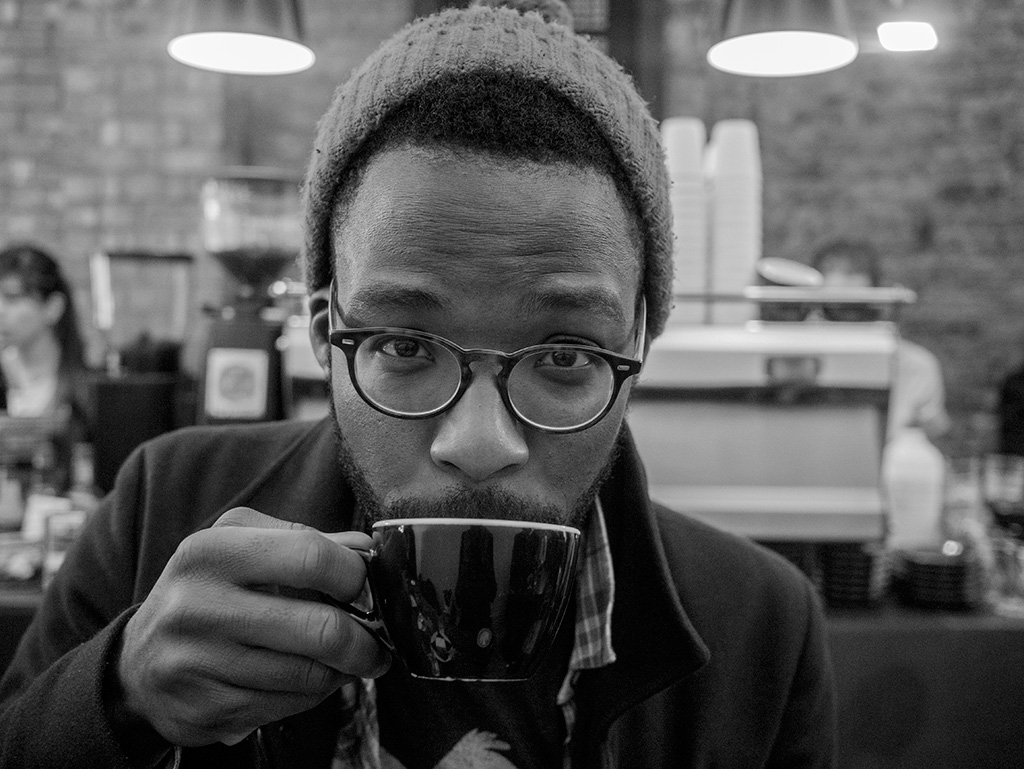 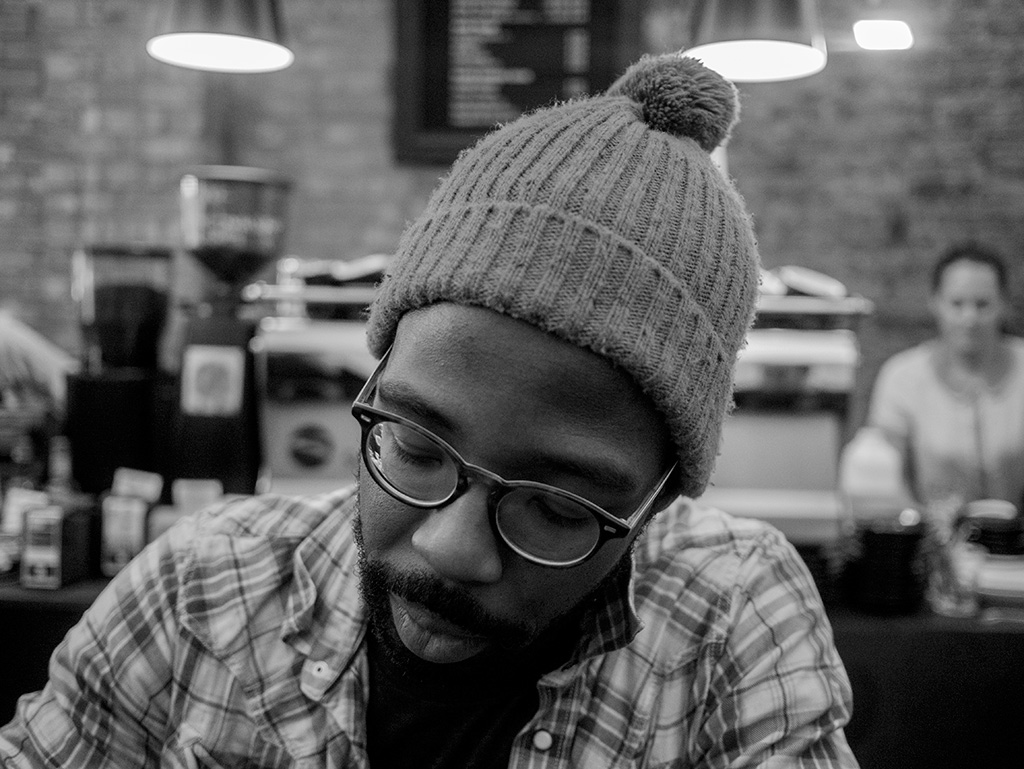 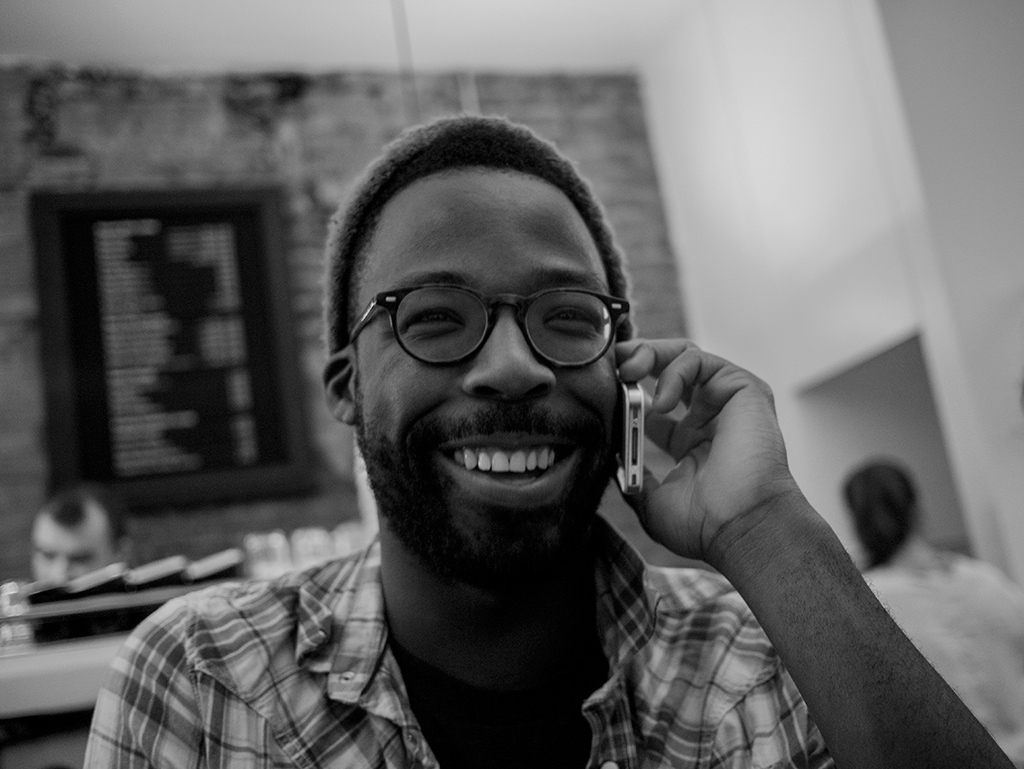 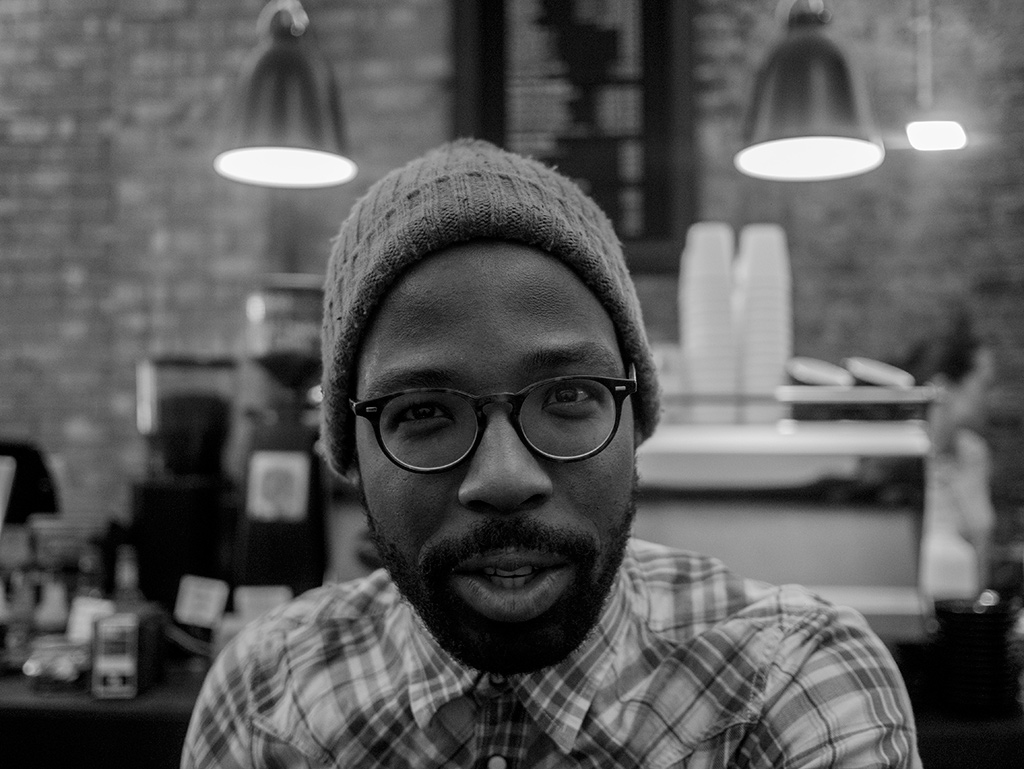 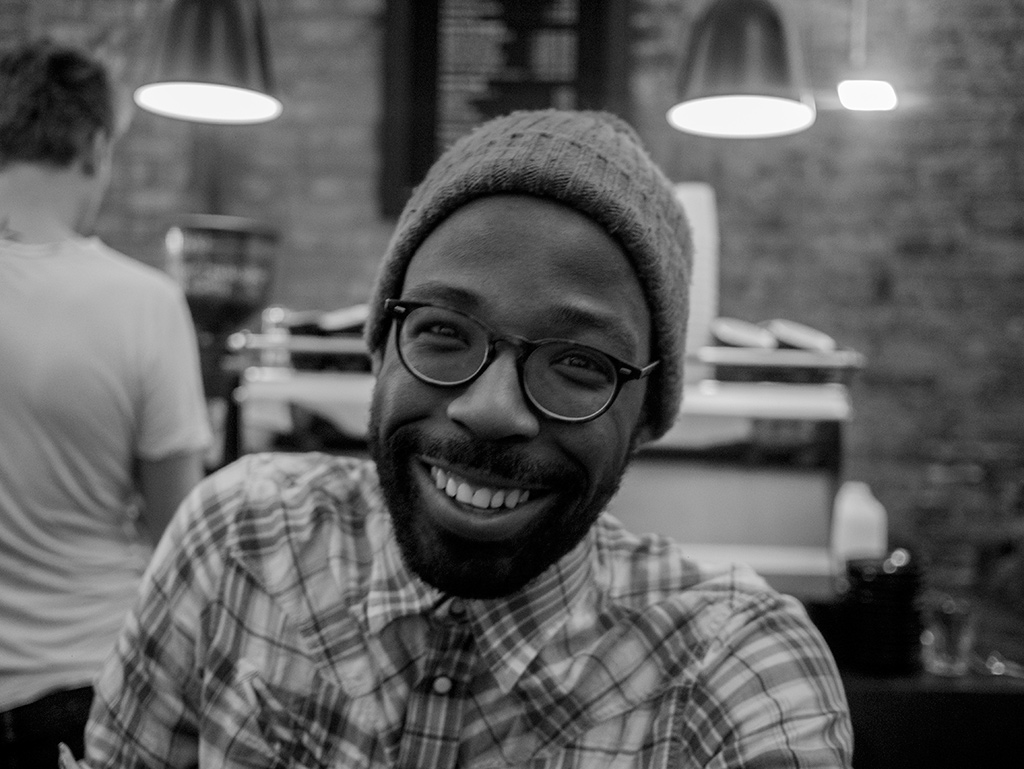 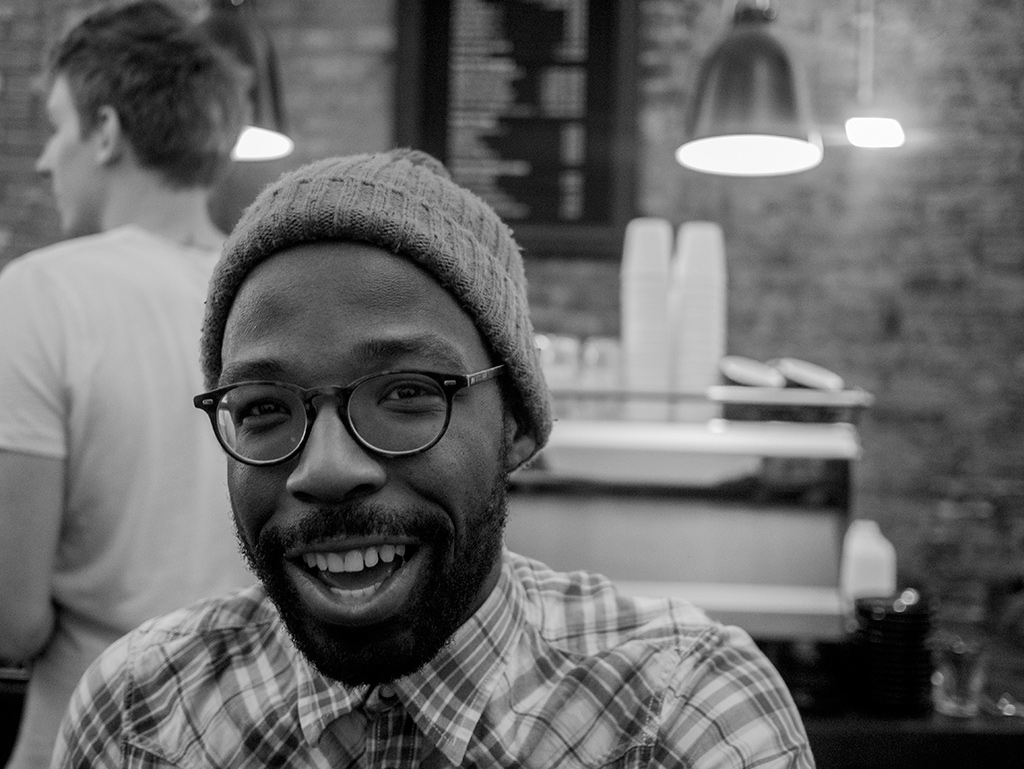 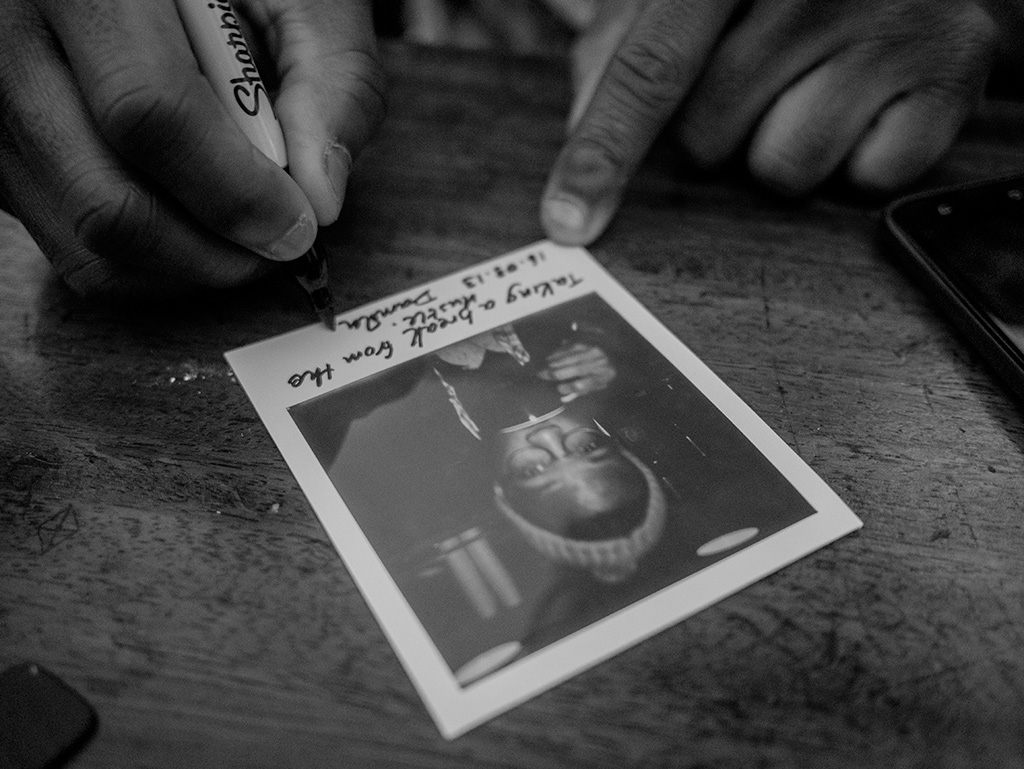 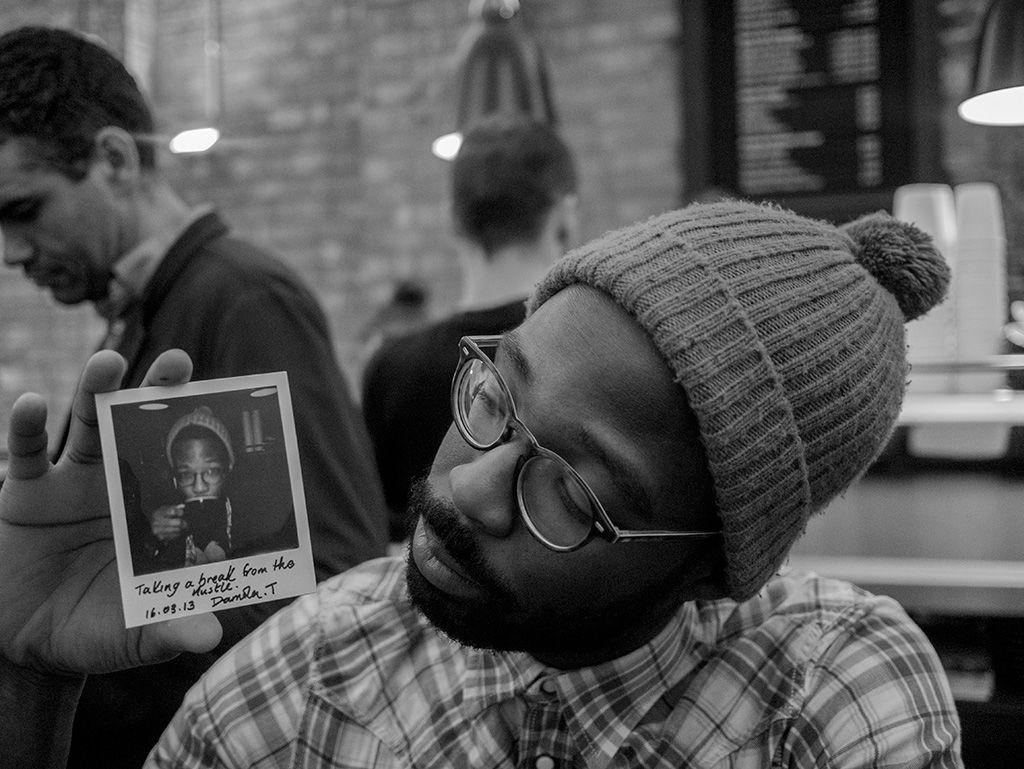 Back to business with another ‘Coffee With…‘, today’s coffee shop is Kaffeine on Great Titchfield street. Today’s shoot almost didn’t happen because of laptop issues (I almost cried) but thanks to the geniuses at that bar, all was fixed. I headed to the shop to grab a table and wait for my ‘Coffee With…‘ guest, Damola. I had already been in Central London since the crack of dawn. Well, it was more like 9am, but that’s early for a Saturday.

Once I arrived at Kaffeine I was greeted by the baristas, which basically involves them shouting “FJ!” (sings Cheers intro, “Where everybody knows your name…”). They do it because I get all embarrassed; Kaffeine is literally my local coffee spot – I am there pretty much every day (if you follow me on Instagram you know this to be true).

I was joined by Damola after a short wait. He settled in and we placed our orders: 2 flat whites – I told you I would change my order. Plus I get a latte every time I go to Kaffeine so I thought I’d switch it up.

We started off by discussing ‘The Graft’, the not-so-recent exhibition that Damola put together. We spoke about the challenges that he faced, from printers to suppliers to making sure the space was perfect for the show. Damola asked if I would exhibit the ‘Coffee With…‘ project, which is something I have thought about. I would like to, but I might just be a chicken and not follow through. It was weird and nerve racking enough seeing one of my photos in his exhibition, let alone a whole exhibition with just my work (grabs oxygen mask).

Our mutual love for photography is the reason I know Damola. We were introduced by his cousin when I first got into photography. He thought we would get on; he was right. So, who is Damola? Well he’s an all-round grafter / hustler – a true Nigerian, minus the 419. He runs a photography collective called Capture Collective that organizes monthly photography days out, which you should really check (Capture Collective). He’s also hosted several exhibitions, which I have been privileged to be a part of (really humbling). And that’s how I know Damola. Now, back to your regularly scheduled program.

Our drinks arrived while we were discussing being on camera. Damola mentioned that he had seen all of the previous ‘Coffee With…‘ shoots and knew what to expect, but he still found it very weird being the center of attention (another reason why I like being behind the camera). As we carried on discussing this, I got a phone call from none other than his cousin who introduced us. If I was a paranoid man (which I am) I would call juju. I spoke to him about our upcoming trip to Seville briefly, and then handed the phone over to Damola.

Our conversation moved on to our mother-country Nigeria, after the phone call. We spoke about the ever-growing issues and agreed that if Nigeria were a student, his teacher would say that he has so much potential but fails to live up to it. We moved on to the heritage and ethos we had learned from our respective parents and how we intend to pass the same ideals on to our kids. We laughed at the fact that as we are growing older we are slowly becoming our parents, something I know I used to fight against when I was much younger. I guess with maturity I can fully appreciate why they did the things they did.

We carried on speaking about our parents’ views and one of the main ones we spoke about was the idea of the ‘right’ career path. Most Nigerian parents want their kids to go down the law or medicine route. Rebelling from this path is seen as a crime punishable by beats. Damola spoke about his parents’ reactions when he left the banking world for a creative agency life. It was something they couldn’t fathom, but they are coming around to the idea, and they’re learning that the typical career path is not the only way to be successful.

This is something I know about all too well. When I was younger, I wanted to be a designer but my parents didn’t think it could be a viable career, so they were opposed to the idea. But now that I am pursuing my photography, they are fully supporting me. This is one of the things I can appreciate now that I’m older.

We moved on to music as we finished our drinks. Damola is a recent 2 Chainz convert (one at a time). He tried to fight it at first, but he is now on board. We wrapped up the shoot and I headed out to meet Mark.